Fans clamoring for any news about Disney’s The Mandalorian Season 3 may have gotten their wish thanks to a cheeky tease from Season 2 newcomer, Katee Sackhoff.

The actress appeared on The Mandalorian Season 3 as Star Wars: Clone Wars character Bo-Katan. Katee Sackhoff brought the formerly animated character to life and, in doing so, teased a lot of really great Star Wars and Mandalorian lore that will very likely provide the basis for the plot of Season 3.

According to The Direct, an Instagram Story from Katee Sackhoff might have revealed not only that she’s a part of Season 3, but that production is already underway. Earlier this month, she shared on her social media that she was on her way to get a COVID-19 test so that she could get back to work on a new project. Her post heavily implied what the project was and it didn’t take long for fans to speculate that the most reasonable option was indeed The Mandalorian.

The information from Katee Sackhoff’s ominous social media post as well as reports that Season 3 has already secretly begun production led many people to believe that not only will Bo-Katan return, but she’ll provide the new motivation for the title character to set off on another adventure.

As viewers will remember, The Mandalorian, also known as Din Djarin, ran into another group of Mandalorians led by Bo-Katan on his Season 2 journey. She was on a quest to reclaim the dark saber, a symbol of power among their ranks, from Empiral hotshot Moff Gideon. She also made him aware of some things about his people and Mandalore that almost made Djarin abandon his mission to get Grogu in safe hands. Despite him not wanting to join the team, Katee Sackhoff’s character agreed to help him take on Gideon in a caper that resulted in Djarin obtaining the darksaber, putting him at odds with Bo-Katan, who had been searching for it.

With Grogu in the safe hands of Luke Skywalker and The Mandalorian’s mission that he was tasked with by his old sect complete, Season 3 will have to come up with a new reason for him to get out of bed in the morning, and it’s hard to think of one more apt than rescuing his home world. Furthermore, it’s hard to think of a plotline where that happens and doesn’t include Katee Sackhoff’s Bo-Katan.

Unfortunately, Disney is playing its Mandalorian Season 3 cards pretty close to the vest at the moment. Rather than tease another installment of its flagship show, it’s more focused on launching its myriad of spinoffs. The latest of these new shows will be The Book of Boba Fett, which is expected to come out in December of 2021. Not much is known about the story, but it’s possible that Katee Sackhoff and Pedro Pascal’s characters will show up given how the spinoff was initially teased.

After The Mandalorian returned Grogu and inadvertently put himself at odds with Katee Sackhoff’s character, a post-credits scene showed Boba Fett return to Tatooine, specifically Jabba the Hutt’s old place where he assumed control of the desert planet’s underworld. The Book of Boba Fett is expected to pick up where that story left off. 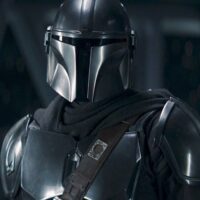