Julie Andrews is a screen legend. She has appeared in famous musicals (perhaps the most famous movie musical), she has been in Hitchcock thrillers, she has voiced animated films and yes, her hills even came alive in the Blake Edwards (her husband of 41 years) movie SOB where Andrews made the controversial decision to flash her breasts.

Julie Andrews in real life isn’t the family friendly figure you think of from her most famous movies.

She has also been in movies such as 10, The Princess Diaries, Torn Curtain, Hawaii, and Little Miss Marker. But none of these are her top movies.

Which Julie Andrews movies are a must-see if you love her? Here’s the answer. These are her definitive works.

Mary Poppins’ place on this list should come as no shock to any fan of Julie Andrews. Mary Poppins was the first feature movie she would star in though her career began on television a few years prior and she can thank another screen legend for getting the role of Poppins.

At the time Julie Andrews was being considered to star in the screen version of My Fair Lady, a role she knew quite well since she had originated the role of Eliza Doolittle on Broadway. But for some reason, Audrey Hepburn was cast in Andrews’s place, freeing her up for Walt Disney to approach her to play Mary Poppins.

Julie Andrews wanted the part but at the time, she was three-months pregnant (which could be why she was passed on for My Fair Lady). Disney said he’d wait for her to have her child before they would start filming. He did. The rest is history.

Victor/Victoria was one of seven movies Julie Andrews collaborated with her husband Blake Edwards on. It was also another movie where Andrews got to showcase her amazing singing talent.

The movie starred Julie Andrews as Victoria, an out of work singer who has also been recently evicted, set in 1934 Paris. She somehow gets mixed up with Toddy (a brilliant turn by Robert Preston) who is an aging gay performer. The two come up with a plan to pass off Victoria as Victor, a female impersonating a male impersonating a female. It works so well that Victoria catches the eye of a gangster (played by James Garner). The movie is funny, charming, and includes wonderful musical performances from both Andrews and Preston.

Julie Andrews starred in this 1967 hit about Millie, a flapper who has her sights set on one thing. Finding a job as a stenographer to a wealthy man, making him fall for her, then marrying him. As her plan is in place, Millie meets fast-talking paper clip salesman Jimmy Smith (played by James Fox). She is immediately taken by him but decides to continue with her plan. She takes a job with the attractive Trevor Graydon (John Gavin), but he is very much into himself.

Mary Tyler Moore also stars in Thoroughly Modern Millie, a movie that has a lot of singing and, for its time, sexuality. It also touches on white slavery, a controversial subject for the time the movie was set, the 1920s.

WITH JAMES GARNER IN THE AMERICANIZATION OF EMILY (1964)

The Americanization of Emily is a romantic comedy war film written by Paddy Chayefsky. He loosely based his script on the 1959 novel of the same name.

Set during World War II, Julie Andrews is Emily, a motor pool driver who has lost her father, her brother, and her husband in the war. She meets up with a US soldier, Lieutenant Commander Charlie Madison (played by James Garner), and is immediately fascinated and appalled at the same time by him. Charlie has never gone all-in with the idea of war and has tried to keep himself out of any battle.

His efforts are finally dashed when his superior decides to send Charlie and his friend out to film the first soldiers hitting Omaha Beach. Charlie’s orders from his mentally unstable superior are to film the first dead man on Omaha Beach, which must be a sailor. While doing this, Charlie begins to chicken out and run, the film crew getting it on film, but then an artillery shell hits, killing everyone, except Charlie.

Emily is told that Charlie died a hero since the film seems to paint him in that light. But then she finds out Charlie is really alive. Charlie finally decides to act noble and inform the world he was not a hero but a coward. Emily has other ideas for him.

The only surprise about seeing this movie on the list is that it is so low ranked among Julie Andrews’ top films. The Sound Of Music is based on the real-life story of Maria von Trapp and her family, which she wrote about in her memoir, The Story of the Trapp Family Singers. Initially, Hollywood was interested in the story but only wished to purchase the title of Maria’s memoir, which she politely declined. Her story was then made into two German films, The Trapp Family and then The Trapp Family in America. These two pictures came out in Germany almost ten years prior to The Sound of Music.

When Paramount Pictures finally purchased the rights, they had Audrey Heburn in mind to play Maria Von Trapp. But as things often happened back in the day (as they do even today in Hollywood) what one wants isn’t necessarily what one gets. The Sound of Music was turned into a Broadway musical and it wasn’t until a few years later that production began on the movie.

Screenwriter Ernest Lehman has only one name on his list to portray Maria von Trapp and that was Julie Andrews. He had seen a rough cut of Mary Poppins (before the movie was released) and he was sold. When Robert Wise (director of The Sound of Music) was brought on board, Julie Andrews was also at the top of his list. It took some convincing to obtain the services of Christopher Plummer, but he was finally won over when Lehman agreed to let him develop his character a bit more.

The story tells of Maria, a free spirit who is a postulant at the Nonnberg Abbey. Because of her outlook, Maria is sent to be the governess at the villa of retired naval officer Captain Georg von Trapp. She will be looking after his seven children. The story continues to follow Maria as she tries to win over the children as well as Georg. The music is wonderful and uplifting as is the story. It’s as classic as movie musicals can get.

Julie Andrews is now 85-years old. That doesn’t mean she’s retired. Her last few roles on the big screen have all been voice work. She can be heard in Despicable Me 3 (after voicing her role on the original Despicable Me in 2010). She was also heard on Aquaman and will be heard in the upcoming Despicable Me spinoff, Minions: The Rise of Gru.

Julie Andrews is also in the Netflix educational series titled Julie’s Greenroom where Andrews brings in a series of guest stars including Alec Baldwin, Sara Bareilles, Joshua Bell, Carol Burnett, Josh Groban, Ellie Kemper, Idina Menzel, and David Hyde Pierce. The educational show was geared toward the very young and used puppets as well as other celebrities to help teach the kids.

Julie Andrews was also part of the Netflix series Bridgerton, a Shonda Rhimes production which tells the story of the Family Bridgerton and is set in the world of Regency London high society. Andrews lends her voice as Lady Whistledown, the narrator of the series. 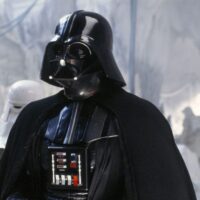