The Joker remains one of the truly great villains of our time, and no Batman movie, show, or comic book really feels complete unless the Clown Prince of Crime makes an appearance in one way or another. There was some surprise that Matt Reeves’ The Batman didn’t seem to include the character, even though nearly all other major Batman adversaries were finding their way into the film. But it seems Joker does in fact have a part in the upcoming film, even if it’s just a small role.

The newest rumor has Joker making an appearance in The Batman, though he’ll literally be in the shadows. Whether this is just one scene or a passing interaction is unclear. It doesn’t look like the role is even planned on being credited, possibly saving Reeves the trouble of casting Joker right away. But considering this is Gotham and the Caped Crusader we are talking about, omitting the Joker completely could have felt like a void in the movie’s universe.

Again, there are a ton of Batman villains already making their way to the screen in this movie, the Joker aside. Zoë Kravitz is cast as Selina Kyle/Catwoman, Colin Farrell is Oswald Cobblepot/Penguin, Paul Dano is Edward Nasher/The Riddler and John Turturro is Carmine Falcone. That’s a packed roster of bad guys and seemingly a lot to handle in just one film. Simply nodding to the Joker likely keeps some of the story fresh for upcoming sequels. Even a shadowy appearance – or maybe even a sinister laugh – would be enough to keep fans happy.

Whoever ends up playing Joker in The Batman franchise will join a list of greats who’ve put on the facepaint and let out the cackle. Heath Ledger won the Academy Award for Best Supporting Actor in The Dark Knight and Joaquin Phoenix won Best Actor for his role as Arthur Fleck in Todd Phillips’ Joker. There’s even rumors a show, based on the movie is in the works. In the DC Universe right now, Jared Leto is returning to reprise the role in a number of shows/movies coming to HBOMax. Joker is just about everywhere you look.

Whatever version of the Joker we get in this latest movie will have to wait. Though the trailer came out recently and stirred up a bunch of excitement about the overall feel and tone for the new iteration, the release date is still a ways off. Currently, The Batman isn’t slated to hit theaters until March 4, 2022. Pandemic related theater closings meant pushing the film a whole year back from its originally intended release date. It’s a bummer for fans, but only increases the hype and excitement around the film. Even nuggets like this, that Joker could make an appearance, keeps the buzz going.

Robert Pattinson’s Batman won’t go face-to-face with the Joker this time around, but it appears the wheels are in motion for a confrontation in some respect. It might be nice for the Joker to not have to compete with the other villains in The Batman. The Joker should always get his own evil stage. 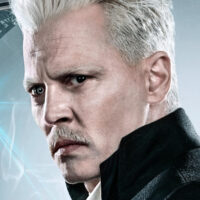 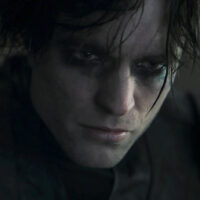