Jodie Whittaker looks to be stepping down as Doctor Who after the conclusion of the upcoming season that will begin airing later this year. Immediately, fans began to speculate about who could be replacing her as the Doctor once the character regenerates into a new form. Rumors and theories were flying wild, but a new scoop has given us our best possibility yet. And if it is true, it would mean a significant actor from the Marvel Cinematic Universe would be stepping into the Doctor’s shoes.

We Got This Covered is reporting that Jodie Whittaker could be replaced as the Doctor by Black Panther actor Daniel Kaluuya. It should be noted that We Got This Covered says that Kaluuya is “under consideration” for the job, so it does not necessarily mean he has locked it in though. But, in addition to whoever their source is that’s giving them this information, they also point out that Kaluuya’s schedule looks very open in the near future. This could be an indication that he has landed a big role and the studio is waiting for the right time to announce his involvement.

Daniel Kaluuya would certainly be a great actor to follow in the footsteps of Jodie Whittaker. In addition to making his mark on the Marvel Cinematic Universe as W’Kabi in Black Panther, Kaluuya also garnered immense critical praise for his portrayal of Chris Washington in Jordan Peele’s seminal horror film Get Out. Not to mention his incredibly intimidating role as Jatemme Manning in the criminally underseen Widows. He also had a breakout performance as Bingham ‘Bing’ Madsen in the Black Mirror episode “Fifteen Million Merits”. Needless to say, he is clearly very talented and has an incredible amount of range he can play. Sounds perfect for the role of the Doctor.

If Daniel Kaluuya does end up nabbing the role after Jodie Whittaker, it would be a historic bit of casting. Kaluuya would be the first Black lead in the role of the Doctor. However, it was revealed through some wild storytelling that Jo Martin actually played a version of the Doctor but it was in a supporting capacity. Giving the lead role to a Black actor would showcase another bit of progression for the decades-old franchise. Considering that Jodie Whittaker had to endure some pretty harsh discrimination as the first woman to play the role, it will be interesting to see if Kaluuya receives similar treatment from certain sects of the Doctor Who fandom based on his racial background. Sadly, that’s just something we have come to expect these days.

A fun bit of trivia about Kaluuya’s possible succession from Jodie Whittaker’s reign is that he has already appeared in the Doctor Who series over a decade ago. Kaluuya played the role of Barclay in the episode “Planet of the Dead” in 2009 during David Tennant’s run as the lead character. It looks like it has been long enough that the series is not too worried about fans pointing out this inconsistency.

And it would not be the first time such a bit of repetitive casting has occurred in the series. Peter Capaldi, who played the role of the Doctor before Jodie Whittaker, was actually in the same boat. He played the character of Lobus Caecilius in the 2008 episode “The Fires of Pompeii” before being cast as the Doctor many years later. This is just to say that Kaluuya’s involvement in the show as a minor character in the past does not look like it will preclude him from the possibility of taking on the lead role.

It would undoubtedly be exciting to see Daniel Kaluuya step into the role of the Doctor after Jodie Whittaker has ended her tenure. He is an exceptionally gifted actor who deserves as much time in the spotlight as he can get. He has mostly been carving out a nice niche as a character actor over the past few years, but getting cast as the Doctor in Doctor Who could potentially elevate his star status to the next level. It all depends on if he gets the job, what his take on the role would be, and how compelling the stories he’d be a part of end up being. We will have to wait and see if nabs the role or not. 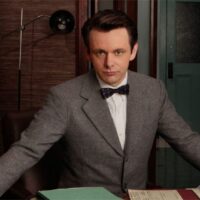