Jim Carrey To Be The Villain Of Deadpool 3?

Jim Carrey has done the comic book villain before. Decades ago (which feels crazy to say) he had something of a heel turn in a major franchise playing one of the more iconic villains of all-time. Now he could be set to lean into the dark side of things once again. Insider Daniel Richtman has it that Carrey is being considered for another major antagonist role coming soon. That’s right, we could be seeing him as the main villain in Deadpool 3.

Now, this is just a rumor at this point with casting decisions and other production elements for Deadpool 3 only starting to ramp up. But Jim Carrey joining the cast as the villain would be major news. We already know that the Deadpool movies have carved out their own particular niche in the comic book movie world, leaning hard into the R-rating and bringing along a darker comedy aspect than really anything else in the space. Doesn’t this sound perfect for Carrey who could likely retain some of the silliness of his on-screen persona while also getting his hands dirty as well? And we’d already heard he could be joining the Marvel Universe, so this does line up.

Again, Jim Carrey has been down this path before. In 1995 he played Edward Nygma/ The Riddler in Batman Forever. The role was right up his alley at the time, especially considering the nature of comic book movies and especially this franchise. The Batman films trended much more towards the surreal and campy, coming more off the comic book pages directly than the reality-based (so to speak) flicks we see these days. Carrey essentially played himself though dressed up in the green suit loaded with question marks. He teamed up with Tommy Lee Jones’s Two-Face to fight Batman and Robin in what these days would be considered a laughably silly film. Even at the time, the 39% on Rotten Tomatoes and *just* $336 million at the box office were relative disappointments.

It’s fair to say Jim Carrey would be taking a different approach here in almost every aspect. The Deadpool movies have been massive successes for Ryan Reynolds and company, though now will be moving into the Marvel Cinematic Universe for the first time. This had caused some speculation about the tone going forward and there even appeared to be disagreements between Reynolds and the studio about the overall tone of the film. If recent reports are true, then Reynolds won the staring contest and Deadpool will stick in the heavy-R range.

As for Jim Carrey, he’s been taking it easy in the acting world of late. He hasn’t done much on-screen outside of some Saturday Night Live performances as Joe Biden during the election cycle. Doesn’t a film like Deadpool 3 feel like just the perfect way to jump back into the game in a major way? We can speculate on just who this villain would be. It would have to be someone maniacal and silly, with a devil-may-care attitude, heavy on the devil. Think Marvel’s version of the Joker. Who’d you like to see Carrey play in this film? Now that’s I’ve heard it, I need it to happen.

Deadpool 3’s Title Revealed? Of Course It’s Making A Mockery Of Everything 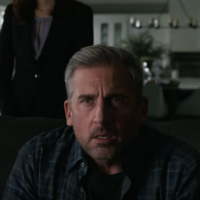 Steve Carell Making A Sequel To One Of His Biggest Comedies? 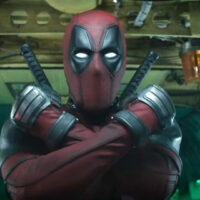 Deadpool Franchise Being Taken Over By Robert Rodriguez?