Jason Momoa may have confirmed that he is set to take on new roles in DC, by saying, "I'll always be Aquaman...and there might be some other characters too."

Jason Momoa might have confirmed that he is set to leave behind the role of Aquaman, and take on another DC hero, or villain. Momoa revealed to Variety that he had a meeting with Peter Safran and James Gunn, and he stated “We’ve got a lot of good things coming.” To add more to the speculation of him moving on from the role, he also added, “I’ll always be Aquaman…and there might be some other characters too.”

“I’ll always be Aquaman.” Jason Momoa opens up about his meeting with James Gunn and Peter Safran: “We’ve got a lot of good things coming.” https://t.co/m6i0OuZtEC pic.twitter.com/jDFss3gojB

There has been growing speculation that Jason Momoa would be ending his time as Aquaman after the sequel movie comes out, but that he would be taking on a bigger role in DC. One of the roles that fans, and rumors have been attaching the man to is Lobo. James Gunn also teased Lobo’s appearance in the DC Universe, when he posted about the popular DC anti-hero on his Mastodon social media account.

This is all just speculation at this point, but it appears that Jason Momoa is fondly saying goodbye to his Aquaman role. For all we know, Momoa could be trying to trick everyone into thinking he is no longer going to portray Aquaman, but the character could be turning into one of the central figures in the new Justice League. We do know that Gunn is playing to cast a new Superman, which might include a new Justice League, and Momoa’s Aquaman could be one of the more mentor-type heroes to teach the new generation.

Jason Momoa has been one of the better aspects of the DC Universe, as he has played the role of Aquaman quite well. We are glad that he has a great partnership with co-CEOs Peter Safran and James Gunn. The hope is that he is going to remain under the DC banner for quite some time, and he could certainly do so in the role of a new hero or villain that is meant to help or terrorize the new generation of heroes.

Lobo is an interesting character and one that has not been utilized enough in the full-feature space. He is an alien bounty hunter that becomes one of the biggest antagonists of Superman, as he seems to always want to hunt the Kryptonian down. Should a younger Superman come into the fold, he could be chased down by Jason Momoa’s Lobo for at least a few movies.

So far, James Gunn and Peter Safran have been tight-lipped about their grand DC plans, though they have stated that those plans are meant to be revealed soon. Jason Momoa has offered up the first real update for this newly planned universe, and his bigger role in said universe. We are not sure if that means he is going to be moving to an even bigger role, but the above video seems to indicate these rumors.

We are more than excited to see where Gunn and Safran are going to take DC in this new plan. Jason Momoa sticking around bodes well for the new era of this franchise, and we hope that he is cast as Lobo. Gunn has a knack for highlighting some of the lesser-known characters in comic books, and though Lobo is not unknown, he has certainly not been used enough. 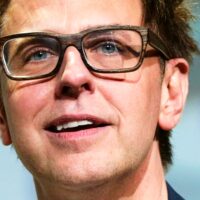