Recently, WandaVision star Elizabeth Olsen revealed that a major character would be appearing sometime during the season. Since Disney+’s other major series, The Mandalorian, hid that Luke Skywalker would be appearing in the season two finale, Olsen admitted that WandaVision has something similar in store, saying that she’s “really excited” for viewers to see what is coming. Now, one rumor suggests that one of the big surprises in store for WandaVision could be the return of James Spader as Ultron.

The rumor comes from Small Screen, who claims to have a source that says that James Spader will be voicing Ultron and that the character will appear on WandaVision. While their source doesn’t say where they heard this information or what validity the source has, this source does speculate as to what they believe Ultron will be doing on WandaVision.

This source says that Wanda will try to bring back both Quicksilver and Ultron, but everything will be wrong. For example, Ultron will be different, but will still be voiced by James Spader, while she will bring her brother Quicksilver back, but instead of it being the Aaron Taylor-Johnson version from Avengers: Ultron, it will be Evan Peters, who played the character in Fox’s X-Men series.

Also, according to Small Screen, Googling the WandaVision cast shows that both James Spader and Evan Peters are listed in the cast. Of course, this is far from a confirmation, and Google has its share of mistakes when it comes to cast listings, but it is intriguing that they would show up in the search.

While WandaVision has already hinted at the return of Quicksilver, it’s unclear why Wanda would want to bring back James Spader’s Ultron. Even though Ultron is the father of Vision, Wanda has seen the damage that Ultron can cause. Maybe if Wanda is creating this idealized version of her own reality, maybe she thinks she can bring back family members, but better than they were originally.

WandaVision creator Jac Schaeffer has also said that there are plenty of surprises to come for fans in these next five episodes. The fourth episode already introduced Marvel Cinematic Universe characters from the past, like Randall Park’s Jimmy Woo and Kat Dennings’ Dr. Darcy Lewis, but it’s unclear who else will be returning from the Marvel Cinematic Universe. While James Spader and Evan Peters seem to be likely, there have been rumors saying that anyone from Benedict Cumberbatch’s Doctor Strange to the reveal of Magneto could be coming in these next few episodes.

Kevin Feige has previously announced that WandaVision is the first part of an unofficial trilogy that also includes the third Spider-Man film, as well as Doctor Strange in the Multiverse of Madness. With multiverses definitely coming to the second Doctor Strange film, and hinted at heavily in the cast of the third Spider-Man, it makes sense we could see some multiverse craziness before WandaVision is through. We will just have to wait and see if that means we will see the return of James Spader as Ultron or not. 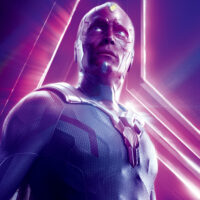 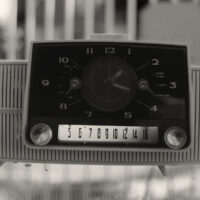