With news that Wicked was getting its own theatrical adaptation, fans of the immensely popular Broadway play were right to get excited about what a big-screen version of Elphaba and Glinda will look like. We already have word about the casting for those two roles. But it’s the other parts that fans are now ringing in on, specifically wanting to make sure a certain celebrity/ talent doesn’t find his way into the film. There is currently a Change.org petition circulating that is pleading with the studio to not have James Corden in the film.

The Change.org petition is remarkably simple and to the point. The title says most of it with “Keep James Corden out of the Wicked movie” and the description leaves no doubt. All it says there is “James Corden in no way shape or form should be in or near the production of Wicked the movie…that’s pretty much it.” There you have it. Fans of Wicked are excited about the flick, but just want to make sure James Corden doesn’t show his face in the cast when it’s all said and done. The petition set its goal at 35,000 signatures and it’s almost there with 31,262 having signed at the time of this writing. There’s is little doubt it hits its goal in short order. Maybe even by the time you read this.

Why fans don’t want James Corden in the production isn’t entirely clear though his name wasn’t exactly pulled out of thin air here. There had been rumors circulating that he might be in consideration for a part in the musical adaptation. It wouldn’t be a total surprise considering his level of fame and work in other big-screen musical adaptations in the last few years. Most of them have been fine enough, but one, Cats, was universally panned as being comically and creepily terrible. It’s currently sitting at 20% on Rotten Tomatoes. Fans of Wicked also got James Corden trending online with a similar call for him to steer clear of the production.

The buzz calling for James Corden to stay the hell away from Wicked comes on the heels of the two major casting pieces announced last week. Cynthia Erivo has been cast as Elphaba and Ariana Grande will be playing Glinda. Erivo just took a widely-praised turn as Aretha Franklin in Genius on Hulu. And Ariana Grande is one of the brightest talents the music industry has to offer, becoming one of the best-selling singers and artists around. All of her albums have reached at least platinum status on the charts.

Whether or not James Corden joins the movie remains to be seen. Fans certainly want it one way, but studios have entirely different goals in mind. Regardless of that outcome, this movie is on its way sooner than later. With the two leads wrapped up, production is set to begin next summer. The adaptation had faced numerous pandemic-related delays over the last two years, but those are now cleared away. We are sure to get more casting news for Wicked over the next couple of weeks. It will be interesting to see what happens with James Corden here and if fans will get their wish. 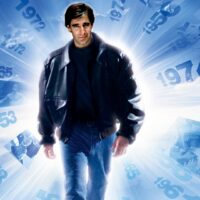 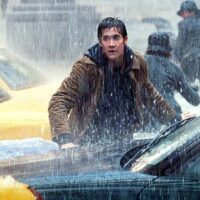