By Faith McKay | 29 seconds ago

Halle Berry is older, wiser, and she wants a second crack at Catwoman. This may come as a surprise since her role in the 2004 movie earned her a Razzie, has a 9% score on Rotten Tomatoes, and is often considered one of the worst superhero movies ever made. However, during a recent interview for her directorial debut, Bruised, Halle Berry was clear about what she wants to do. When asked what else she would like to direct, she knew the answer right away. She pauses for a second after she boldly says that she wants to direct Catwoman, like she knows the information will be a surprise to audiences after her prior candor about the failures of her 2004 movie. After that brief pause, she explains how it is she would go about doing it right this time.

You can see Halle Berry talk about Catwoman in the video below, which is set to start at the 0:45 mark where she answers the question.

I would love to direct Catwoman. If I can get a hold of that now, knowing what I know, having this experience and reimagine that world the way I reimagined this story. Bruise was written for a white Irish catholic, like 25-year-old girl. I got to reimagine it. I wish I could go back and reimagine Catowman and have a re-do on that. I would have Catwoman saving the world like most male superheroes do, and not just saving women from their faces cracking off. You know, I would make the stakes a lot higher. You know, I think make it more inclusive of both men and women.

In Halle Berry’s response, she’s focused on the opportunity to direct a new Catwoman project and doesn’t mention whether she’d also star in it as well. Today, Zoë Kravitz is set to play her own version of Catwoman for The Batman, starring Robert Pattinson. From the trailer, Catwoman looks to be a fairly central and important character in the new DC movie. Will that open the door for Halle Berry to direct Kravitz in the role? Currently, Halle Berry is promoting Bruised, her movie about an MMA fighter which she is also starring in. Does she imagine directing and starring in a new Catwoman solo movie?

While Catwoman in 2004 didn’t do well by many standards, Halle Berry doesn’t regret the project. She said that Catwoman gave her the biggest payday she’d ever seen. She was still fresh off her Best Actress win for Monster’s Ball and taking on Catwoman was the right choice for her at the time. That being said, it seems clear that she still takes issue with a lot of the story choices in that movie, and apparently, she’d like to have another go at changing them.

Halle Berry has had a career full of ups and downs in Hollywood. While Catwoman was a commercial and critical failure, it was her own personal biggest paycheck. She’s won awards for other roles and had a varied and long career so far, and it’s about to take an interesting new turn. She’s still working solely as an actress on some projects. For example, she is soon to be seen in the new Roland Emmerich disaster movie, Moonfall. She also has a sci-fi adventure film coming up with The Mothership.

However, Halle Berry seems most excited to talk about Bruised, which releases in only a few days. Based on her response to the question in her most recent interview, it sounds like directing is her new passion. Will Catwoman be her directorial follow-up project? It will be interesting to see if DC is listening and Halle Berry gets her second chance to bring Catwoman to the screen, possibly with Zoe Kravtiz’s character in the lead. 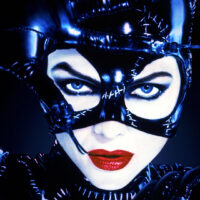 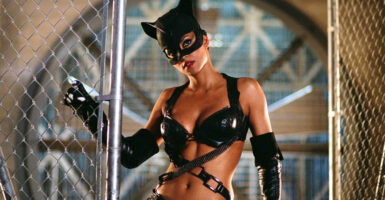 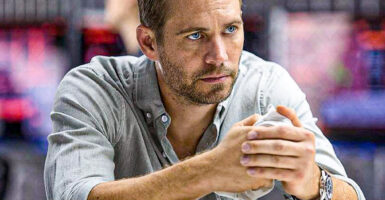