Giancarlo Esposito signed on to Francis Ford Coppola's Megalopolis, rumored to be in serious trouble of never being finished.

By Jonathan Klotz | Published 5 mins ago

One of the most recognizable actors working today is Giancarlo Esposito, from Breaking Bad to The Boys and even Netflix’s experimental new heist series Kaleidoscope, sometimes it feels like the actor is everywhere. According to Deadline the hard-working star just signed on for another film, Francis Ford Coppola’s Megalopolis. While more Esposito is always good news this time around we may never see the finished product.

A late addition to the cast, Giancarlo Esposito is signing on for Megalopolis after widespread reports have come out around the troubled production. An epic film about a world marred by corruption, hubris, social problems, ambition, and a wildly dangerous love, Francis Ford Coppola is primarily financing the film himself. Rumors persist that the wild production has ballooned to over $120 million going right past the original projection of $100 million with no signs of slowing down.

Behind the camera there’s less people working now than there was just a few months ago following Coppola firing the entire visual effects team, production designer, and supervising art director. The legendary director insisted that the film is not in trouble despite the contradictory reports. No matter how the film could be falling apart behind the scenes, Giancarlo Esposito is jumping at a chance to work on Megalopolis, which may be Coppola’s last film.

The uncle of both Nicolas Cage and Jason Schwartzman, Francis Ford Coppola has been making award-winning films since the early 70’s when he wrote and directed The Godfather and The Godfather Part II. Giancarlo Esposito has worked with accomplished filmmakers during his career, but few are on the level of Coppola, and even if Megalopolis is a difficult shoot, it will never come close to the disaster of another Coppola classic: Apocalypse Now.

Apocalypse Now was delayed by typhoons, Philippine military extras that had to leave in order to fight rebels, mental and emotional breakdowns, even star Martin Sheen suffering a heart attack. Helicopters, both to ferry supplies and for shoots in the film, were also pressed into military service during the historic production. Giancarlo Esposito’s part in Megalopolis will never, ever, come close to an actual war taking place miles away from the set.

Giancarlo Esposito is going to be busy over the next year, with Megalopolis joining an already filled calendar that includes a potential return to The Boys, sci-fi film The Electric State from the Russo brothers, James Franco’s drama The Long Home, and AMC crime-drama Parish. The Breaking Bad star has seemingly never stopped working since 1981 when he had a small part in Taps. As for when fans can see Esposito in Megalopolis, well, that’s up for debate as Coppola says it’s still on schedule but most critics will believe it when they see it. 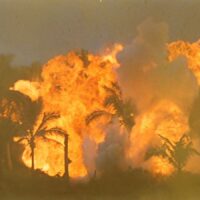 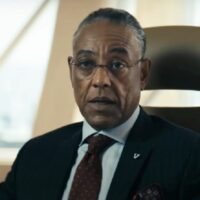