Fantastic Four promises to be one of the more important and intriguing projects in the Marvel Cinematic Universe’s future. After regaining the rights back to the characters thanks to the Disney/Fox merger, Marvel Studios has been very careful about how they want to integral the superhero team into their larger franchise. Things are being kept tightly under wraps when it comes to any story details at this point, but that doesn’t mean we haven’t been sending out our feelers for any scoops we could find about this highly anticipated project. And it just so happens that Giant Freakin Robot has come across one illuminating piece of information about this newest iteration of the Fantastic Four.

According to our trusted inside source – the same one that has provided Giant Freakin Robot with multiple confirmed exclusive scoops that have included Bruce Campbell appearing for a cameo in Doctor Strange in the Multiverse of Madness, Monica Rambeau being a main character in the upcoming Disney+ series Secret Invasion, and Chloe Bennet returning as Quake for a new Marvel series – Fantastic Four will feature a diverse cast when it comes to the core quartet of superheroes. Our source could not divulge what the backgrounds of the group members would be, so we can’t report any specific characters being non-White. But, it does look like Marvel will be giving the Fantastic Four a varied makeup.

This shouldn’t be too surprising. Having all four members of the Fantastic Four be White does not feel like a necessity and would also limit the casting net Marvel can toss out. And there are plenty of opportunities to add some new facets to these characters. Whether it’s their racial ethnicity, gender identity, or sexual alignment, there are plenty of opportunities to inject new perspectives into the cast. It will also help set this version of the Fantastic Four apart from other cinematic takes on the characters. Of course, the 2015 version of the superhero team on film did cast Michael B. Jordan as Johnny Storm a.k.a. the Human Torch, so the precedent has certainly been set.

What will really be interesting is to see which members of the Fantastic Four Marvel decide to change from their comic book origins. Since Ben Grimm a.k.a. the Thing is transformed into a rock creature, their race will be hidden under what is likely to be copious amounts of CG animation. And though Johnny Storm can choose when to enter their flaming state, they will also be a character who will have their race masked by CG effects. Not to mention Sue Storm who gains the power to go invisible. And if we go outside of the heroes, Doctor Doom is a character that is normally hidden behind a mask and body armor. Just how Marvel will decide to apply this diversity to the Fantastic Four will certainly conjure up a lot of speculation, and will undoubtedly stir up some discussion when they make their final decisions.

Regardless of how this all shakes out, it will be nice to see Fantastic Four showcasing a diverse cast of characters. It will give the opportunity for roles to be filled by a number of talented actors and will be a better representation of the diversity of the modern world. We’ll be looking forward to when this cast finally gets announced. 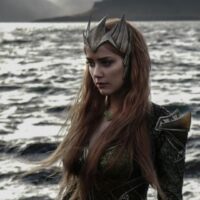