Bruce Campbell Is In Doctor Strange 2, Our Scoop Confirmed

Bruce Campbell has seemingly confirmed our earlier scoop that The Evil Dead star will be making a cameo in long-time buddy Sam Raimi’s Doctor Strange in the Multiverse of Madness.

Bruce Campbell teased fans a week ago when he tweeted out a timelapse video of a busy London intersection, leading to speculation he was in the city for the Doctor Strange shoot.

But now, Bruce Campbell seems to have confirmed to fans his involvement with the upcoming Marvel film in a new tweet. Campbell posted a picture of the London skyline and while he wouldn’t name names, the references are quite clear.

Bruce Campbell’s history with director Sam Raimi goes back decades. The two met in high school, becoming fast friends, a relationship that has carried them throughout their professional careers. They first combined their talents on a 30-minute short titled Within the Woods, which was their precursor to The Evil Dead. The duo used this short to attract investors to their horror film.

Most notably, Sam Raimi and Bruce Campbell worked together on the original Evil Dead trilogy, which included 1981’s The Evil Dead, 1987’s Evil Dead II, and 1992’s Army of Darkness. But the pair’s relationship doesn’t just include the Evil Dead franchise. Campbell has made many cameos in almost all of Raimi’s films.

Bruce Campbell appeared in Raimi’s early works, like Crimewave, Darkman, and was unfortunately cut out of The Quick and the Dead. Campbell also made some memorable cameos in Raimi’s Spider-Man movies as the Ring Announcer in the 2002 Spider-Man, the Snooty Usher in 2004’s Spider-Man 2, and finally the Maître d’ in the 2007 Spider-Man 3.

Bruce Campbell also worked many times with Raimi on television. Raimi produced both Hercules: The Legendary Journeys and Xena: Warrior Princess, both of which featured appearances by Campbell. They worked together again on American Gothic and Jack of All Trades. The two finally returned to TV together after nearly 15 years when they teamed up on a revival of the Evil Dead series with Ash vs Evil Dead, a Starz series that lasted 3 seasons.

Now that it seems that Bruce Campbell will likely have a role in the upcoming Doctor Strange film, chances are it will probably resemble the cameos he made for Raimi in the three Spider-Man movies. Plus, with Doctor Strange dealing with the multiverse, it’s even possible Campbell could show up as one of the three characters he has already played. Raimi may have a new role for Campbell too.

Yet considering how close Sam Raimi and Bruce Campbell have been over the decades, it’s not much of a surprise that Bruce Campbell would make a cameo in Doctor Strange in the Multiverse of Madness. While it’s been almost a decade since Raimi released his last film, with 2013’s Oz the Great and Powerful, he still put his old friend Campbell in for a cameo. After decades of working together consistently, it would seem even weirder if Bruce Campbell didn’t have a cameo in this upcoming Marvel film. 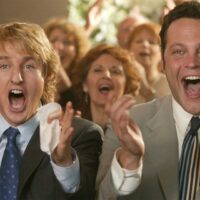 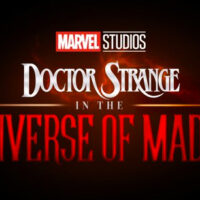