Animal Man is an often underrated character from DC comics. He first appeared in DC Comics in 1965. It wasn’t until the late 1980s that DC comics writer Grant Morrison did a run with Animal Man that made him more fun, more interesting, and someone that would be excellent to make a movie about. Now, thanks to work from one of our trusted and proven inside sources, we’ve learned that an Animal Man movie is in development at DC.

This meets up with some of the other projects from DC recently. For example, they recently announced a Blue Beetle movie they are creating for HBO Max. That is a project where they are taking a lesser-known hero that may have never seen the big screen, and giving him a solo movie straight away for the streaming service. While we were unable to confirm if this is their plan for the Animal Man movie, it does seem like the most likely next step for the film around the lesser-known hero. Hopefully, they’ll be taking a lot of notes from Grant Morrison’s 26 issue run, where they made the character so much more fun.

One of the things about this hero has typically been that he’s kind of an “every man” type of character. He has a wife and kids. He goes by the name Buddy Baker. He’s all around just a normal happy guy, who happened to have a run-in with some aliens and develop some superpowers. At first, it seems that he can focus on the strengths of a nearby animal and then borrow what they can do, so he can then fly like a bird.

Eventually, he realizes he can draw on the powers of the animal kingdom and can call up the powers of any animal, even extinct ones. While this makes it sound like his powers are limitless and extraordinary, he isn’t generally considered as strong as a character like Superman. While the “every man” angle may make him more relatable, it didn’t give him a story that stood out. It would certainly not be something that made a great Animal Man movie.

Then, there was Grant Morrison’s run. Hopefully, this is where they’ll be borrowing story to write the Animal Man movie script. In Grant Morrison’s run, the writer focused a lot more on the fact that Animal Man knows he’s in a comic book. This means that, like Deadpool for Marvel, Buddy Baker should be breaking the fourth wall and speaking directly to the audience. While we were unable to confirm if the studio plans on having him break the fourth wall, it feels like they have to know that this is where the comics got great for Buddy. The Animal Man movie should develop a fun Baker family, have quirky moments with the animals, and see the main character talking to the screen.

One of the bigger questions is whether they will have Grant Morrison appear as a character. In their Animal Man run, Morrison was written into the story. Animal Man confronted the writer about all the terrible things they had made the hero suffer through. After that, Morrison appeared in other DC comics (eventually dying). The writer is still alive and well, and has worked as a producer and writer in Hollywood. While it’s unclear if DC will get Morrison involved, hopefully, this will happen. It’s one of the more fun and easily cinematic things in the comics for the Animal Man movie to pull from. 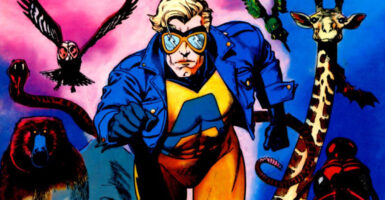 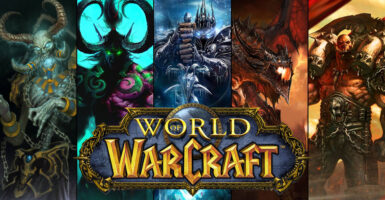 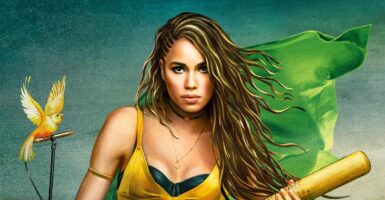 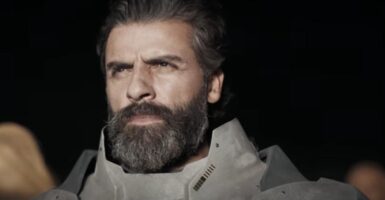