HBO just released a trailer for the upcoming documentary Phoenix Rising, which follows Evan Rachel Wood as she tells her story of the abuse she’s lived through and the lobbying she’s done to help make a meaningful change for those suffering from abuse.

The Amy Berg-directed documentary centers on Evan Rachel Wood and her ongoing mission, as well as her success in co-authoring and lobbying for the Phoenix Act to get passed. The Phoenix Act is a piece of legislation that changes the statute of limitations for domestic violence in California from three to five years. In the trailer, you learn that victims of abuse often take seven to ten years to come forward, due to the trauma and fear they face confronting their abusers. Watch the trailer below:

As you can tell in the trailer, this mission and activism are very personal to Evan Rachel Wood. She talks about her abusive relationship with Brian Warner, who is more commonly known as the musician Marilyn Manson. Wood details how Warner would groom and control women, which would later turn into sexual abuse. In the documentary, Wood also finds a group of other women who lived through Warner’s abuse. Due to the statute of limitations in place, Wood and the other women were unable to make their case and their evidence wasn’t able to help them. With the Phoenix Act, perhaps more victims and survivors would be able to convict their abusers, instead of running out of time to do so. Warner has continued to deny that he has abused Wood or any of the other women. At least 16 women have come forward and four have filed lawsuits against him since Evan Rachel Wood named him as her abuser in February 2021.

Evan Rachel Wood is most known for roles in series like American Gothic, Once and Again, and HBO’s own Westworld, a role which netted her several Emmy nominations. She also had prominent roles in the film Thirteen, Across the Universe, and Frozen II. Her Phoenix Rising documentary recently appeared at Sundance and has received warm critical reception. It has been praised for depicting Wood’s brave journey to make her story known and hopefully change the story of other victims for the better. Phoenix Rising should definitely shed more light on what happens when abusers aren’t able to be held accountable. Hopefully, the documentary will bring more attention to this, and legislation like the Phoenix Act can become more widespread and comprehensive in helping those suffering from abuse.

Making meaningful change is difficult, so it will definitely be interesting to see Evan Rachel Wood go through this journey in Phoenix Rising. If you want to catch the documentary for yourself, you can watch it on HBO on March 15 at 9 pm ET/PT. Part two will air at the same time on March 16. If you’d prefer to stream it, you can see the entire documentary on HBO Max starting March 15. You can also learn more about HBO’s partnership with the non-profit organization RAINN, which provides resources and support for victims of abuse. 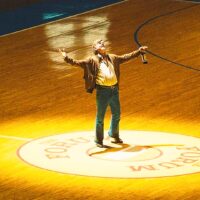