Doom Patrol has quietly been knocking it out of the park as a superhero show. Premiering on DC Universe and then moving over to HBO Max, the series has garnered near-universal acclaim from critics and audiences. However, the recent layoffs at WarnerMedia have put the future of the show into question. And what’s worse: there doesn’t seem to be a ton of conversation happening online about the show.

And that’s a shame because Doom Patrol is being unfairly overlooked as the best comic book series currently airing. If you aren’t watching this show, here’s why you’re missing out.

Why Doom Patrol Is Must-See TV

Doom Patrol is the kind of show that comic book television needs more of. Why? Because for as much as we’ve normalized superheroes and their universes, there is so much of comic book storytelling that is plain old weird. Unfortunately, a lot of comic book cinema has made truly wacky ideas very grounded and approachable to mainstream audiences. This isn’t a bad thing but it does mean that genuinely absurd concepts are becoming less frequent in these kinds of projects.

Thankfully, Doom Patrol embraces every single element of its own weirdness and cranks it up to eleven. The show is taking the majority of its inspiration from the run Grant Morrison had with the property back in the late ’80s through the early ’90s. Morrison is known for his boundary-pushing oddness and the show takes that same mission statement to heart. Not only does it adapt some of his most notable characters and story arcs, but it amplifies that strangeness with its own additions. Doom Patrol is a show that ended its first season with a climactic makeout session between a giant rat and a giant cockroach. How insane is that?!?

But it’s not just the abnormality of Doom Patrol that makes it a necessary watch for superhero fans. The series is dedicated to effective character drama and doesn’t shy away from the darker qualities inherent to its premise. The show is centered around a group of superpowered beings who have either been disfigured or cannot function in regular society. Every character is traumatized and broken in some key way, and the show does its due diligence in examining their psychological damage and the toll it takes on them. It’s an impressive handling of tone when the situations the team finds themselves involved in are utterly preposterous.

This is all bolstered by a phenomenal cast. Everyone has a firm grasp on the vibe Doom Patrol is going for when it comes to its characters and how they need to be played. The humor, heart, and harshness of these characters are brought to life by an ensemble that is doing great work. They simply aren’t being as heralded for it because it’s taking place in the midst of a seemingly kooky superhero show.

Doom Patrol has continued to be faithful to its characters and their emotional plights all throughout the series. For as nutty as the show can get, it works best because it remains true to the people at the core of its tale. Many superhero shows get bogged down with overbearing plot or action bombast. Doom Patrol knows how to best interweave those factors into its ongoing character drama. It’s a talent that a lot of superhero shows struggle with, and it’s a lot harder than it might seem to casual viewers.

So, with all of these bright spots, why is it that Doom Patrol isn’t getting its time in the spotlight? Well, that’s a complicated answer that actually dates back to the creation of the source material…

Why This Unique Show Is Being Overlooked

Doom Patrol is a property that has always lived in the shadow of the X-Men. The Marvel mutants debuted three months after the DC team and are certainly the more well-known property at this point. Both books centered around a wheelchair-bound professor who collects together beings with unique and socially-damaging superpowers at his stately manor.

While X-Men has flourished throughout the years, Doom Patrol has maintained cult status due to its willingness to be so bizarre. And then, The Umbrella Academy did its own riff on a similar story structure and got picked up as a series on Netflix. Unfortunately, Netflix has a lot more brand awareness and consumer accessibility than the platform Doom Patrol premiered on, DC Universe. Even moving to HBO Max and being advertised as one of their premiere original shows hasn’t helped Doom Patrol become the breakout show it deserves to be.

And maybe it never will. Our pop culture relationship with superhero stories has reached a point where they have become as common and accessible as Westerns once were. Audiences expect an easy barrier to entry with superhero media. Doom Patrol is a mature, complex, and brazenly oddball show that is always going to sacrifice accessibility for letting its freak flag fly. That means that no matter how acclaimed it may be, it’s always going to scare some of the normies away from checking it out.

That doesn’t bode well for its future prospects after this shakeup over at WarnerMedia, but hopefully, fan support can keep it around for at least one more season. Superhero cinema needs outcasts and weirdos like Doom Patrol to remind us that the genre can still deliver things we’ve never seen before. If you haven’t checked the show out, now’s time to do so. If you think you need some screwball eccentricity in your superhero diet, Doom Patrol will not disappoint. 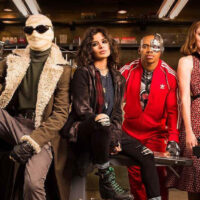 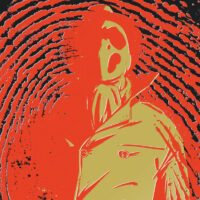