Netflix seems to be the streaming platform that cancels popular shows whenever they see fit, however, sometimes they come swinging in as the much-needed hero. It has been announced that an animated film that was once going to be released by Disney, has now been saved by Netflix. That film is called Nimona. ND Stevenson, the creator of the film and She-Ra and the Princess of Power, happily announced the news via their Twitter page. You can see the announcement below:

Nimona was meant to be released sometime in 2020. Fox and Blue Sky Studios were the studios responsible for the film’s release but had been purchased by Disney, which resulted in the cancelation of the project altogether. The film had been reportedly 75% finished before it was announced to be canceled. Stevenson called it a “sad day.” Now that the film is finally seeing new live, Stevenson can turn that sad day into an incredible day. Nimona will live on through Netflix. Even more interesting is that DNEG Animation began production on the film early last year, and Chloë Grace Moretz is being tapped to play the titular hero. Riz Ahmed will voice Ballister Boldheart, and Eugene Lee Yang is set to voice Ambrosius Goldenloin.

Nimona gained plenty of notoriety from its time as a webcomic. The comic began in 2012 before being turned into a graphic novel in 2015. This story gained huge popularity in queer circles due to its themes of representation and inclusivity among the LGBT community. This news is especially great considering the trouble that Disney finds itself in with the infamous “Don’t Say Gay” bill that was passed in Florida. This bill effectively allows Florida schools to prevent children from being taught about sexual identity before the third grade. Disney employees, particularly those working for Pixar, staged massive walkouts in response to being silenced for so long. The workers also claimed that Pixar has long censored their work and does not allow LGBT representation to exist in their animated films. Nimona may have been a casualty of these alleged stringent rules in keeping LGBT representation silenced, but now the film sees new life with Netflix.

Nimona follows the story of a shape-shifting teenager that helps a knight to clear his name after he is framed for a murder that he did not commit. However, Nimona might be the monster that the knight is chasing to prove his own innocence. The above tweet also shows the first-look image of the new animated film set to premiere next year on the streaming platform. With how Disney has begun to backtrack on its lacking support for the LGBT community, Nimona could have been one of the best stories to allow to be told to smooth things over.

Because Nimona began production early last year, this could mean that we are likely to see the film premiere on Netflix sometime in early 2023. Disney may have missed out, but Netflix just made Stevenson’s dreams come true and those who were patiently waiting for this charming story to come to life. 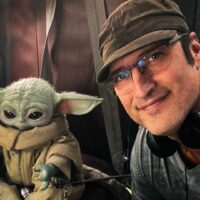 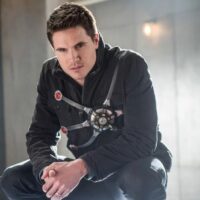