In a recent interview with the New York Times, DC Films president Walter Hamada stated that with every new DC film, the studio is now considering what the HBO Max spinoff of that film could be. With Matt Reeves’ The Batman still over a year away, a new rumor suggests that one such spinoff could center around Colin Farrell and his take on Oswald Cobblepot, aka The Penguin.

We Got This Covered is reporting that Colin Farrell’s Penguin will be a central character within Matt Reeves’ Batman universe. Not only would he be a recurring character in future sequels and possibly in the prequel HBO Max series, but the rumor also states he could also receive his own film. Reeves has said that he intends The Batman to be the beginning of a new trilogy, and with Paul Dano’s Riddler looking to be the central character within The Batman, maybe a future film in this trilogy will make Penguin the primary villain.

According to Matt Reeves, The Batman takes place at a period when Colin Farrell’s Oswald Cobblepot doesn’t like being called the Penguin, so there seems to be quite some time before the villain fully becomes the character. Because of this, we might see Farrell slowly transform into the Penguin over several films and other projects, giving a deeper look at the character than we’ve ever seen before in the films.

But another issue might be with the weight Colin Farrell gained to play Oswald Cobblepot. Audiences hardly recognized Farrell in the first trailer for The Batman, due to the weight he gained for the role and the heavy prosthetic makeup he wore. It seems unlikely that Farrell would want to keep the weight on, and while that could easily be taken care of with padding, it seems odd for the actor to go to these lengths for his first appearance, and not do so for subsequent appearances.

Warner Bros. and DC have also recently seen that their villains can be just as popular as their heroes. Despite being a failure with critics and fans, 2016’s Suicide Squad still made $746 million worldwide, and DC is putting a lot of faith in James Gunn’s vision for The Suicide Squad, even greenlighting a spinoff series starring John Cena before the film has come out. Not to mention that DC and Warner Bros. had one of their most successful films ever with 2019’s Joker, which earned over a billion dollars at the box office, and won star Joaquin Phoenix an Academy Award. Colin Farrell might be looking for similar success with his take on the Penguin.

Yet even though this is just a rumor for now, DC is showing that they not only want to start making many spinoffs based on their movies, but that they wouldn’t mind making the villains a central part of those stories. DC is already planning a prequel series for The Batman at HBO Max, proving that DC is dedicated to Matt Reeves’ vision for Batman and the characters within that world. If Reeves was to make Penguin a major part of his new Batman world, Colin Farrell is an excellent actor to have behind the character. 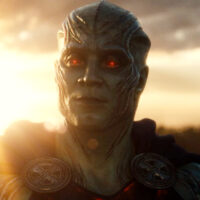 Who is the Martian Manhunter?