Chris Pratt seems to be on a spree of bringing comic book characters to life on the big screen. A journey that started with him playing Star Lord’s live-action adaptation in the Marvel Cinematic Universe (MCU) is now going forward with the actor voicing the character of the popular American comic strip character, Garfield the cat. As shared by The Hollywood Reporter, Chris Pratt has been cast to be the voice of our beloved Garfield, who is known for his epic laziness, hatred for diets as well as Mondays, and passion for lasagna and coffee. The actor will be playing the super relatable character in an upcoming animated movie which will not be a follow-up to the feline’s past cinematic appearances in the live-action/animated film Garfield in 2004 and its sequel, Garfield: A Tail of Two Kitties.

Chris Pratt will be taking over the duty of being the voice of Garfield from Bill Murray who voiced the cat in the above-mentioned films. The titular American comic strip, created by Jim Davis, has been in circulation since 1976 and revolves around the epically hilarious everyday shenanigans of Garfield the lazy orange tabby cat, Odie, the dog, as well as their owner, Jon Arbuckle. Garfield holds the record of being the world’s most widely syndicated comic strip.

This Chris Pratt animated feature is backed by Sony Pictures and will be directed by Mark Dindal based on a script written by Oscar nominee David Reynolds. Jim Davis is also attached to the project as an executive producer along with Bridget McMeel from Amuse and Craig Sost. John Cohen and Steven P. Wegner are serving as producers along with DNEG Animation’s CEO Namit Malhotra and president Tom Jacomb as well as Andrew Kosove and Broderick Johnson’s of Alcon Entertainment, which acquired the cinematic adaptation rights to Garfield from Davis.

We can rest assured that Chris Pratt will do justice to the famous Garfield as the actor has been praised in the past for voicing other animated characters. He has played Emmet Brickowski in 2014’s computer-animated comedy film The Lego Movie and reprised the role in 2018’s The Lego Movie: The Second Part. His voice work also includes the Pixar movie Onward, where he played the older brother, Barley, to Tom Holland’s Ian Lightfoot.

Interestingly, voicing Garfield isn’t the only upcoming animated project for Pratt as he has also been cast to voice the renowned video game character Mario in the Super Mario Bros. animated feature from Universal and Nintendo. While Nintendo intends to create a “new piece of entertainment” with Pratt as Mario, the reaction to the announcement has been mixed with many fans of the character not being in favor of the actor voicing the Italian plumber.

When Chris Pratt is not playing animated comic book characters, he is busy battling aliens, dinosaurs, and saving the galaxy. He was most recently seen in Amazon Prime Studio’s apocalyptic feature, The Tomorrow War, and will make his next cinematic appearance in Jurassic World: Dominion, followed by Thor: Love and Thunder and Guardians of the Galaxy Vol 3. 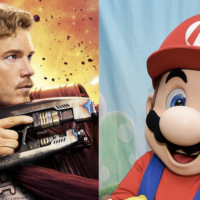 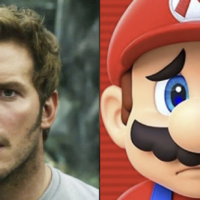 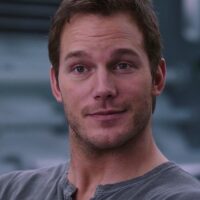 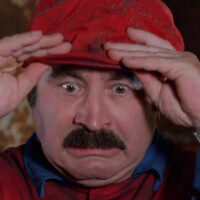