Captain Marvel 2: All We Know About The Sequel

To fans who followed the milestones reached by the first Captain Marvel movie it will likely come as no surprise that a sequel, Captain Marvel 2, has been confirmed. After all, the first female-led movie in the Marvel Cinematic Universe earned $1 billion worldwide.

Though it’s far off, a lot has already been said by producers, Brie Larson, and of course, there’s been plenty of fan speculation. Let’s take a closer look at what we know about Captain Marvel 2, what those involved are hoping to see happen, and when we might see her next Marvel adventure hit theaters.

Brie Larson will return as Carol Danvers, also known as Captain Marvel. She has already been asked about her role in interviews and has confirmed she’s in.

Not everyone is happy Brie Larson will continue to play Captain Marvel. A petition to get her to step down has been making the rounds and to date it has received 30,000 signatures. While she has received her share of criticisms over her portrayal of Carol Danvers and also courted controversy because of some of her comments while promoting the original Captain Marvel, the petition to have Larson removed exists for an entirely different reason.

According to the petition, signers want Brie Larson to step down as Captain Marvel “to prove she is an ally of social justice and ensure a gay woman of color plays the role. Let Monica, the original female & BLACK Captain Marvel instead of white-washing characters for the benefit of the straight, white men running Disney.”

Despite the number of signatures the petition has received, it’s unlikely anyone other than Brie Larson will play Carol Danvers in Captain Marvel 2.

There are fans who have theorized that Nick Fury could be returning for the sequel and the theory does make sense given what’s been teased by Marvel.

Samuel L. Jackson has famously played the role of Nick Fury in many Marvel movies, including the first Captain Marvel film. Nick Fury was most recently seen in Spider-Man: Far From Home. As fans of the Marvel movies know, the post-credits scenes often give us hints about what else is currently happening in the universe that we may see carry forward into future films. The post-credits scene for Far From Home showed Nick Fury working on a spaceship somewhere that wasn’t Earth. During this time, Talos impersonated Nick Fury back home on Earth.

If Nick Fury was working on a defense mechanism to fight against an upcoming Kree invasion, his actions may bring him into a Captain Marvel 2 story line involving defending Earth against a Kree invasion.

The Plot Of Captain Marvel 2

In 2019, we saw Brie Larson take on the role of Carol Danvers for the first time in Captain Marvel. This film took place in the mid-90s and introduced her coming into her own as Captain Marvel. Eventually, she finds herself in the middle of two alien races fighting an intergalactic war.

Later in 2019, we saw Captain Marvel for a second time in Avengers: Endgame. That movie took place in the modern era

So the question for Captain Marvel 2 is: Will it take place after Avengers: Endgame, or before? We know Captain Marvel 2 will take place after the first film, but that’s all we know for sure at this point. It would be interesting to see the sequel take place right before Avengers: Endgame, leading into those events, but it would also be interesting to see another adventure in the ‘90s. The 1990s vibes were a big part of the charm of the first film.

While it’s only wishful thinking, there is interest in having the character Ms. Marvel take part in the story for Captain Marvel 2. Ms. Marvel has yet to be in a film for the MCU, but will soon have her own television series on Disney+.

The Ms. Marvel comics published in 2015 were written by G. Willow Wilson. The story follows Kamala Khan, a Muslim teenager who develops superpowers and uses her idol, Captain Marvel, as a guiding light for how to handle her new responsibilities.

Kevin Feige, producer on Captain Marvel who will be taking on Captain Marvel 2, has publicly said that he liked the idea of Kamala Khan appearing in the next Captain Marvel story. Brie Larson has also made statements saying that she would love to see Ms. Marvel coming into play for the sequel.

This raises a few questions. One of them is whether the actress who takes on the role of Ms. Marvel for the Disney+ series would also play the role in Captain Marvel 2?

While it’s interesting to see Feige and Larson hinting at what they’d like to see, we don’t yet have word on what will actually happen. It’s likely that once plot decisions are more concrete we’ll see less public speculation from people so central to the production.

Because there will still be many more MCU movies before Captain Marvel 2 is released, there are too many unknowns for us to speculate too much on how the sequel may fit into the stories of the Marvel Cinematic Universe. One fair bet though, is that we will likely see more of Captain Marvel taking on the Kree.

Without a plot, they have yet to cast anyone officially in the film. That said, there are many possibilities for other MCU characters to take on a new role Captain Marvel 2.

Natalie Portman will be return to the Marvel Cinematic Universe in Thor: Love and Thunder. Could she make an appearance in Captain Marvel 2?

Could we see Tom Holland as Spider-Man appear to help fight the Kree? That connects, since Nick Fury’s last appearance was in Spider-Man: Far From Home.

We may get more hints at other Marvel heroes fighting the Kree in the coming Phase 4 films that will give us a firmer guess on potential crossovers.

When Will Captain Marvel 2 Be Released?

At this point, the Captain Marvel 2 is in the development stage. There may be a script being worked on somewhere, but they aren’t telling us anything about it. Producer Kevin Feige let us know that the movie is coming at some point, but Captain Marvel 2 was not one of the films revealed in the Phase 4 plan for Marvel Studios at San Diego Comic Con in 2019.

Brie Larson did an interview with Variety where she confirmed that she hasn’t yet received dates for filming.

While it’s not impossible that the movie could begin filming within the next year for a 2022 release, it feels like a bit of a stretch. The studio announced Black Panther 2 would be released after 2021, and it sounds like Captain Marvel 2 will be after that.

Our best guess is that while a 2022 release is possible, a 2023 release seems most likely for Captain Marvel 2. 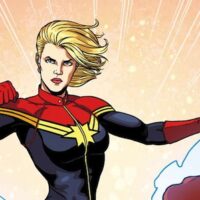 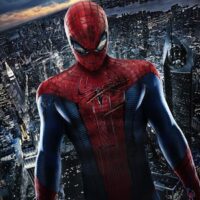 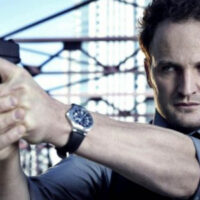