Horror stars Bruce Campbell (Ash vs Evil Dead) and Devon Sawa (Final Destination) are finally teaming up for a holiday-themed horror film called Black Friday! And even better, we have some images that give us the first look at the upcoming movie.

The premise, as you can guess based on the name, takes place on Black Friday, the big shopping day in the United States just following Thanksgiving. It follows a group of retail employees, including the Evil Dead star Bruce Campbell, who must survive the night at their toy store as they are attacked by alien parasite-infected shoppers who will be more viscous than normal holiday revelers. It is a fitting idea as anyone who has worked in retail can testify that people do act like maniacs on the big shopping day that is known for huge sales and people trampling one another to get that special deal. This will surely give those retail veterans a good laugh or terrible flashbacks, or maybe a little bit of both.

Bruce Campbell will play Jonathan, an uptight manager of the store. Devon Sawa will play Ken, a father who is going through a divorce and having an existential crisis as a low-level retail employee.

The images of the Bruce Campbell film give a look at the cast of characters. Campbell can be seen laughing at a desk while wearing a sweater. Other pictures show off a scared staff against bloodied walls.

As you can see from the cast, there are plenty of horror veterans. Bruce Campbell is known for the Evil Dead franchise and smaller, lesser-known projects like Intruder. Devon Sawa has been in Final Destination, A Resurrection, and the upcoming Chucky series that releases on October 12. Mark Steger has made a huge career off the genre with I Am Legend, Paranormal Activity: The Ghost Dimension, Stranger Things, The Nun, and Scary Stories to Tell in the Dark.

The film will have a heavy focus on its social commentary on capitalism while making a fun horror-comedy with Bruce Campbell. It will try to lean into its practical effects with as little CGI as possible to make its violent deaths that much more visceral and fun for audiences, which should be expected with the Evil Dead star on board.

If you need another Christmas movie with Bruce Campbell, you are in luck if you don’t mind it not being a horror flick. One December Night will feature the actor with Peter Gallagher (Zoey’s Extraordinary Playlist), Eloise Mumford (Fifty Shades of Grey), and Brett Dalton (Agents of S.H.I.E.L.D.).

Unfortunately, we are unsure when general audiences can see this fun bloody rollercoaster with Bruce Campbell and Devon Sawa leading the charge. It will premiere at Fantastic Fest later this month, but no general release date has been given. 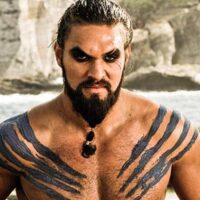 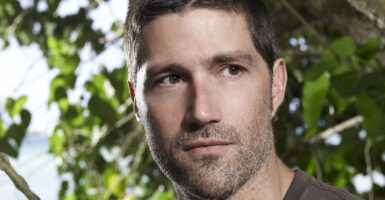 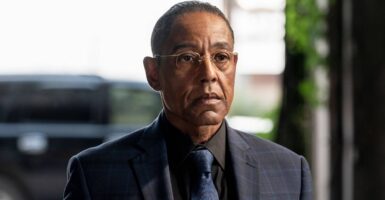