Borat 2 has the unenviable task of being a comedy sequel. More than any other genre, comedy is the hardest to get right a second time. People want sequels to deliver a similar experience, but rehashing the same jokes won’t achieve any sense of surprise. It is a tough corner to paint yourself into, and the majority of comedy sequels never find the right way to maneuver out of this inherent trap.

Thankfully, Borat 2 – or, Borat Subsequent Moviefilm: Delivery of Prodigious Bribe to American Regime for Make Benefit Once Glorious Nation of Kazakhstan, along with some other titles that you will see throughout the course of the movie – knows exactly what it needs to do to bring audiences the shock and fun of the original film while not resting on specific old jokes. Sacha Baron Cohen and the many other creatives behind the camera craft a great story that allows for a lot of new wrinkles to the Borat character and puts him in even more awkward and hilarious situations than before.

A big element of that is Borat’s daughter, Tutar, played by Bulgarian actress Maria Bakalova. Giving Borat a daughter is a stroke of genius as it forces him to reconcile with many of his long-held misogynistic beliefs. It’s legitimately great conflict and makes the story of the film one of its best aspects. And a lot of credit for that goes to Bakalova. She gets a majority of the most outrageous moments in the film and she plays them so perfectly. Two of her biggest bits will have you crawling out of your skin from discomfort in the best of ways. Bakalova clicks with the kind of humorous portrayal that Cohen pioneered in the original film, and she crafts a character that is just as endearing as Borat. There is an argument to be made that she steals the entire show.

But, Borat 2 has plenty of delightfully anarchic moments for Cohen as well. Since Borat has become easily recognizable in America, he often has to put on extreme disguises to infiltrate certain events and places. It adds another layer to Cohen’s performance of the character that leads to a number of giggle-inducing segments. Watching Cohen attempt to bury the Borat persona under a number of other characters is another example of his comedic talent.

And if you are still wondering if Borat 2 is funny, rest assured that it is an absolute riot. There are moments in the film that will leave you in tears from how ridiculous and uncomfortable they are. As always, Cohen is a master at using offensive humor to highlight the rottenness at the core of his subjects and American identity in general. Borat strings along Southern shop owners with blatantly horrific requests that they perform without question because it means they will make a buck off the weirdo foreigner. It’s next-level subversiveness that almost always succeeds.

There is only one bit in Borat 2 that doesn’t quite work as humorous, but it does expose some of the ugliest and most terrifying facets at work in America today. It’s a legitimately chilling moment that comes towards the end of the film and almost threatens to sour the whole experience with how distressing it is. Cohen clearly wants to expose just how vile Americans have become, but he succeeds too well at this moment where he was much better balanced throughout the rest of the film. However, the following sequence is equal parts absurd and revealing in just the right ways, and features a cutting portrayal of a person in power that feels appropriate for the film’s goals.

In a way, Borat 2 is a darker film because the target of Cohen’s satire – American ignorance – has only become more pronounced and vicious in the years between the original film and this sequel. And Cohen realizes that he has to reconcile with some of the humor he cemented in the original film and how it became misappropriated. By the end of the film, Cohen makes his intentions clearer than ever that America is the joke and the demographic most deserving of stereotyping and cruel ridicule. The movie more than makes its case for this but also tempers it with a warmth from its characters that is equally earned.

It has obviously been slim pickings in 2020, but there is no question that Borat 2 is the funniest film of the year in a year where laughs are few and far between. Cohen has miraculously found a way to resurrect his most popular prankster character and deliver the kind of cultural exposé attitude that turned him into a star.

There is no question that Borat 2 is also going to make people angry, regardless of their ideological affiliations. That is also Cohen’s intention and he accomplishes that with flying colors. You already know if this film is going to have you being angry with it or at it. Choose accordingly and be on your way. For those of us that get what Cohen is doing, Borat 2 is a much-needed reprieve from feeling depressed and furious all the time. Right now, it is much more cathartic to laugh than it is to scream. 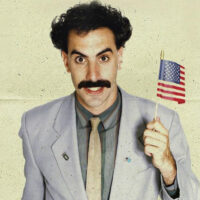 Borat 2 Is Happening, Surprise Sequel Will Debut On Amazon 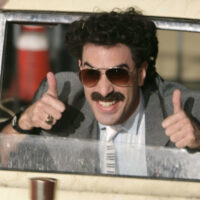 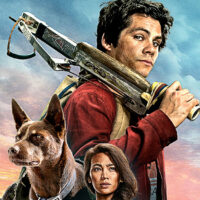 Love and Monsters Review: The Monsters Make It Worth Your While