Katy Perry showed off her killer body in some pretty cool high fashionwear in order to promote the release of her latest song and its subsequent music video.

On Monday, the Firework singer, 37, released the music video for When I’m Gone, marking her first collaboration with Alesso. The video made a big splash thanks in large part to the decision to debut it during the 2022 College Football Playoff National Championship on ESPN. However, in order to get a little bit more hype around the release, Katy Perry took to Instagram Friday where she shared a collection of four photos from behind-the-scenes of the shoot.

The first and perhaps steamiest of the bunch shows Katy Perry with her butt to the camera and her arms up against the wall above her head. She’s topless in the shot as she partly looks back to the camera sporting the most tasteful amount of side boob possible. The other three photos, while not nearly as risque, still showed off the Teenage Dream singer in all her ageless glory. The second snap shows her in a red and pink corset leaning toward the camera and making a pouty face. The next sees the star drinking from a Starbucks cup (Venit for those who care) while wearing a mesh chainmail-style top. Finally, the fourth photo in the bunch sees Katy Perry in the same corset top only this time she’s got two members of her team there to help her get glammed up for the shoot.

As mentioned, Katy Perry broke new ground with the release of the When I’m Gone music video by debuting it during the popular football came and on ESPN. In a press release announcing the decision, the network noted that it has made itself a destination for artists looking to reach a unique audience in the past with notable performances from Grammy-winning artists Kendrick Lamar and Imagine Dragons. However, Katy Perry’s agreement to drop a global music video during the live broadcast is not something that had ever been done before.

Although debuting a music video is new for both Katy Perry and the network, this is far from her first appearance at the event. She was previously the College GameDay guest picker in 2014.

The New Year seems to be one of many new things and challenges for Katy Perry. The artist is currently in the midst of a 16-show residency in Sin City at the Resorts World Las Vegas titled PLAY. The show is poised to end in the coming weeks but Good Morning America reports that she plans to return March 2 for a string of eight more performances where presumably When I’m Gone will be heavily featured.

For those who want to see the steamy looks that Katy Perry was showing off in her latest Instagram, they’re in luck. Now that the music video for When I’m Gone has debuted, it’s available to view on the artist’s YouTube page and streamable everywhere. However, with her residency rapidly drawing to a close and her latest song behind her, fans are wondering what’s next for the star.

A Beloved Reporter For The NFL Has Passed Away 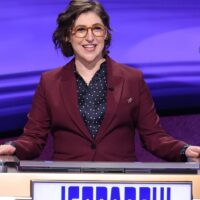 Mayim Bialik Reacts To The Controversial Campaign Targeting Her 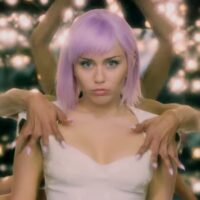