Actor, activist, and philanthropist Jake Gyllenhaal recently sat down in an exclusive interview with The Times to discuss his commitment to being the face of the new Prada fragrance Luna Rossa Ocean. However, during the interview, Jake Gyllenhaal also opened up about some personal revelations that he came to during introspective periods he had over the duration of the pandemic, including why he thinks that men are inferior to women.

During the interview, Jake Gyllenhaal discussed how the pandemic and turning 40 years old has led to him approaching life differently, especially when it comes to his family, particularly his two nieces Ramona, 14, and Gloria Ray, 9. He admitted that he only ever used to see his nieces when he attended a family event or went to visit his sister, actress Maggie Gyllenhaal, and her husband. However, he has since realized the priceless value in, as he puts it, “Getting to know them and watching them grow up and actually sitting and listening to their experiences and the things that they’re going through.” And now frequently invites the girls to stay with him at his house just so that he can spend time with them.

Jake Gyllenhaal also admitted that turning 40 was a personal reiteration for him that, “Women are superior to men, in various ways, including developing a sense of mortality earlier than men. It has only just hit me I won’t live forever.”

However, Jake Gyllenhaal vocalizing his belief that women are far superior to men is nothing new. He has frequently spoken out in the past about the importance of eliminating the disparity that still exists between genders. In a 2017 interview with Elle Magazine to promote his movie OKJA, he emphasized how he has seen both his mother and sister face challenges and obstacles unique to women.

Jake Gyllenhaal championed both his mother and sister for speaking out against and standing up to gender stereotypes and sexist biases. He highlighted his mother’s struggle in finding opportunities to direct and his sister’s experience with being denied a role simply because of her age. He also pointed out how much he respects OKJA’s director Bong Joon-Ho for his unwavering belief that women have so much more value than men.

Jake Gyllenhaal’s candidness during his recent interview with The Times didn’t end with him disclosing his feelings about women in comparison to men. He also had the opportunity to once again set the record straight about his stance on bathing. The bathe or not to bathe trend was initially sparked by Mila Kunis and Ashton Kutcher and since then countless celebrities have weighed in on their hygiene habits. Jake Gyllenhaal was one who had received repeated criticism over his thoughts regarding showering ever since he sarcastically gave Vanity Fair his two cents on the subject.

Even though Jake Gyllenhaal has taken a lot of time out to reflect in recent months, the actor still has remained very busy. His new movie The Guilty, which was astonishingly filmed in just under two weeks, will land on Netflix in just a few days on October 1, 2021. He also has a whole host of projects that are currently in post-production, two of which are expected to release in 2022. Ambulance, which was directed by Micheal Bay, is set to release in February and is about a pair of thieves who steal an ambulance during a heist and the events that transpire afterward. The Division has no official premiere date as of yet, but its pandemic-centered plotline hits eerily close to home. 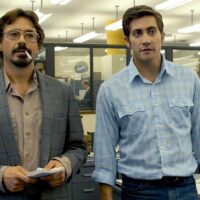 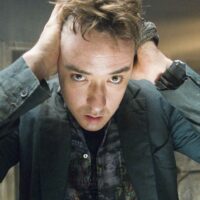