Comedian Dave Chappelle was involved in quite a scary situation on Tuesday. During his performance at the Hollywood Bowl in Los Angeles, California, someone in the crowd rushed the stage in an attempt to tackle the man. Thankfully, that was all that happened to Chappelle before the assailant was corralled by Jaime Foxx and the number of security officials on hand. It had been revealed the man who tried to tackle Chappelle was holding a fake gun that contained a knife. Despite the suspect rushing the stage with a knife, L.A. District Attorney’s Office officials have announced that they would not be pursuing felony charges.

The suspect did not cause any damage besides being able to knock down Dave Chappelle, but he did have a deadly weapon on his person. Again, thankfully the suspect did not pull out this knife and cause any kind of bodily harm to Chappelle or anyone else on stage. Based on the videos and evidence presented, the DA claimed, “After reviewing the evidence, prosecutors determined that while criminal conduct occurred, the evidence as presented did not constitute felony conduct.” This is certainly confusing considering this man rushed the stage and had a weapon on his person. The suspect, 23-year-old Isaiah Lee, will instead be facing misdemeanor charges. Quite honestly, the only reason this man is not facing such steep charges might be due to the damage he sustained allegedly by security officials who tackled him.

Dave Chappelle has been lauded for not allowing the will of the suspect to throw off his night of the memorable performance. After he was knocked down, the comedian quipped, “It was a trans man!” This is regarding him coming under harsh fire from the trans community from his last two stand-up comedy specials on Netflix. He followed that up by bringing fellow comic, Jaime Foxx back on stage. The pair shared a tender moment as Foxx was one of the people responsible for stopping the suspect. Foxx also stated that Chappelle is a “genius and we need to protect him.” We would agree on that.

Another reason that the DA might not be pursuing any form of felony charges could be because the suspect might have some sort of mental illness. This is just speculation, but it could be a reason as to why it might be a bit more “forgiven.” Regardless of this person’s motives, this suspect was able to get away with only misdemeanor charges, and that is shocking. The likelihood that more charges are not being pursued could also be due to Dave Chappelle not requesting them himself. He might not care all too much considering nothing happened that was deemed “serious.”

Dave Chappelle wrapped up a legendary run at the Hollywood Bowl on May 2nd, as part of the run of “Dave Chappelle and Friends” shows. He brought on fellow comics like Jimmy Carr, Jaime Foxx, Jon Stewart, and Jeffrey Ross. The comic also brought on a high-profile musical talent that included D’Angelo and Busta Rhymes. Chappelle also set records as being the only person to match 70,000 fans alongside the legendary Monty Python crew. The aims of a crazed man will never derail the success that the stand-up comic achieved while on his run at the Hollywood Bowl. 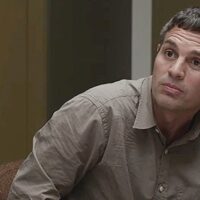 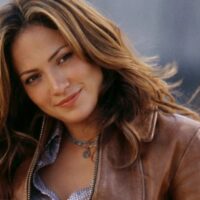