Actor and former politician Arnold Schwarzenegger underwent heart surgery this past week in order to receive a new aortic valve. The actor took to Twitter to give an update on his status, stating he felt “fantastic.”

The seventy-three-year-old Arnold Schwarzenegger stated, “Thanks to the team at the Cleveland Clinic, I have a new aortic valve to go along with my new pulmonary valve from my last surgery. I feel fantastic and have already been walking the streets of Cleveland enjoying your amazing statues. Thank you to every doc and nurse on my team!”

Arnold Schwarzenegger also shared the news on his Instagram, which has currently received over 2.5 million likes and many well-wishes. Schwarzenegger’s son, Patrick Schwarzenegger even left a comment saying, “PLEASE DONT GO WORKOUT TODAY!!”

Arnold Schwarzenegger has had a history of heart problems, as he was born with a bicuspid aortic valve, which means instead of having three leaflets, Schwarzenegger’s heart only has two. In 1997, Schwarzenegger was told he should have a mechanical valve inserted, but instead, he chose to have a replacement heart valve made from his transplanted tissue. Schwarzenegger chose this instead because it wouldn’t restrict his ability to exercise in the same way a mechanical valve would, with medical experts stating he would probably have to undergo heart valve replacement surgery within the next two to eight years.

However, in 2018, Arnold Schwarzenegger had to undergo emergency open-heart surgery to replace his pulmonic valve. In an article he wrote for CNN, Schwarzenegger said, “I had to work my way back from the bottom this year, and I learned a lot along the way. After I underwent open-heart surgery this spring, I had to use a walker. I had to do breathing exercises five times a day to retain my lungs. I was frustrated and angry, and in my worst moments, I couldn’t see the way back to my old self.”

Arnold Schwarzenegger then continues that despite his medical problems, three months later, he was back filming Terminator: Dark Fate. Schwarzenegger jokes, “You probably know that there is no such thing as a weak Terminator.”

While there had been some rumors that Hulu might be bringing Terminator back as a television series, it looks as though the disappointing box office of Terminator: Dark Fate might have given the future of the Terminator franchise a…dark fate. The series would’ve supposedly followed Linda Hamilton after the events of Terminator: Dark Fate, and while that means that Arnold Schwarzenegger likely wouldn’t have been involved with this series, over several decades with this franchise, he’s proven over and over that he meant it when he said, “I’ll be back.”

But as Arnold Schwarzenegger says in his post, he does indeed look fantastic so soon after his surgery, proving that he is a real-life Terminator that can’t be held down. We hope for a speedy recovery to everyone’s favorite Terminator and Predator killer. 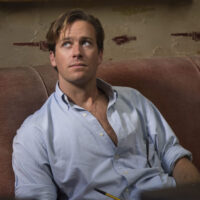