By Michileen Martin | 3 hours ago

These days Amber Heard’s name can inspire a lot of anger from former fans and supporters and it can be tough to consider the actress outside of the controversy that continues to swirl around her and ex-husband Johnny Depp. So it can be genuinely refreshing to get an adorable moment with the actress and her infant daughter, though it’s not your average photo-op of mother and child.

On Sunday, Amber Heard posted a couple of pictures of herself on Instagram in workout attire. With one hand she lifts a weight, and in the other she holds Ootang — Heard’s daughter who, as reported by the Mirror, was delivered in April via surrogate. In one picture she smiles lovingly down at her daughter, and in the other she looks a little bit more fierce. You can see both photos below.

The Mirror reports that the Instagram shots are from Amber Heard’s time preparing to shoot the upcoming Aquaman and the Last Kingdom in which she’ll be reprising the role of the aquatic hero Mera. While Warner Bros famously responded to one online fan campaign and released Zack Snyder’s Justice League early this year, the studio has proven much less receptive to the call for Heard to be removed from the role of Mera, including an online petition that so far has attracted almost 1.9 million signatures.

Many of those signatures are from fans who were likely all behind Amber Heard when she wrote a 2018 op-ed for the Washington Post in which she alleged to have been the victim of domestic abuse at Johnny Depp’s hands during their marriage. But the fan outrage started turning Heard-ward in January 2020 when leaked audio recordings seemed to confirm that Heard had been physically abusive to Depp. In spite of those recordings, Depp was asked to leave the role of Grindewald in the Fantastic Beasts film series. Fans, feeling the audio recordings exonerated Depp, have petitioned for Warner Bros to reinstate Depp and kick Heard to the curb. Searching her name just about any time on Twitter will call up mostly bile toward the actress.

In fact, along with the transphobic comments credited to author JK Rowling, and the concern that placing the film during World War II will open the door to antisemitism, the ongoing conflict between Johnny Depp and Amber Heard is one of the growing number of reasons fans are calling for a boycott of next year’s Fantastic Beasts: The Secrets of Dumbledore.

Regardless, when it comes to Amber Heard, Warner Bros may actually be doubling down on their commitment to her. Earlier this month, reports surfaced that not only will they not be ejecting Heard from Aquaman and the Lost Kingdom or any other DCEU related projects, she may have hammered out a major deal to star in her own HBO Max series as Mera. 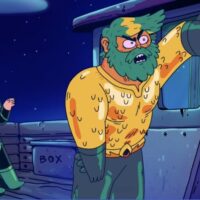 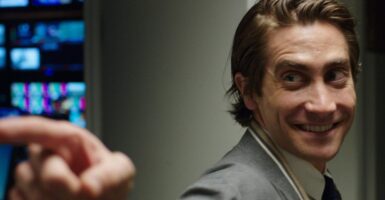 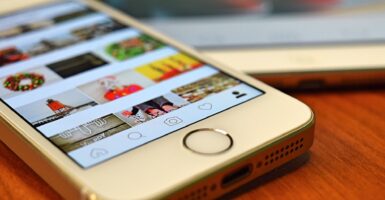