SpaceX’s Starship SN8 finally achieved its high-altitude test flight. The prototype launched, performed a flip maneuver, returned to the ground, and then grandly exploded. It was spectacular. Elon Musk couldn’t be happier.

You can watch SpaceX’s complete two hour live stream of the event here:

After the prototype exploded, Elon Musk took to Twitter to celebrate.

Yes, Elon Musk considers the test flight a success. No, the goal wasn’t to make the prototype explode. At this stage in the game, SpaceX’s mission to colonize Mars is about building prototypes and learning as much as possible about their space vehicles.

The mission for Starship SN8 was to launch, reach altitude, perform a flip maneuver, and then land. Their goal during this process was to gain data. Starship SN8 was their first model to fly with a nose cone and body flaps, giving the prototype aerodynamic capabilities. It was also the first model to fly with three Raptor engines. SpaceX needed to collect data on how these aerodynamic capabilities and engines worked. Elon Musk previously gave the prototype a one-in-three chance of landing. Which, kind of technically did happen, even if not as planned. During this test flight, SpaceX successfully collected information on how the prototype flew, performed the maneuver, and returned to the landing pad. And they learned some things from the impactful landing. That’s an excellent day for Elon Musk! “Mars, here we come!” indeed.

Curious why Starship SN8 exploded? The videos show the Starship coming toward the ground without slowing down. Again, Elon Musk’s Twitter was the first place to reveal what happened.

Those who make a habit of watching live launches anticipated this particular event for months. Elon Musk has been promising big things for SN8. You can get a sense of the space community’s enthusiasm from watching YouTuber Everyday Astronaut’s footage.

While the launches for SpaceX’s Falcon models, Starship test fires, and 150-meter hops have been something to see, they’re small events when compared to a 12.5-kilometer altitude test for the great stainless steel vehicle.

The prototype test was originally meant to happen Tuesday but scrubbed. They were close to launching Wednesday afternoon when they were again unexpectedly scrubbed. This is normal for rocket launches. If a boat or plane is within range, they must stop the test. If anything may be off with the vehicle, they stop. Launches scrub often enough that it can be surprising when they do happen. On Wednesday, with only 20 minutes left in their launch window, SN8 finally took flight.

After Elon Musk gave such low odds of the prototype returning to the ground, most expected to see something explode every second of the flight. Seeing it make it so far was thrilling. Seeing it explode at the end? Exactly the kind of climactic heights the space community has come to expect from SpaceX. 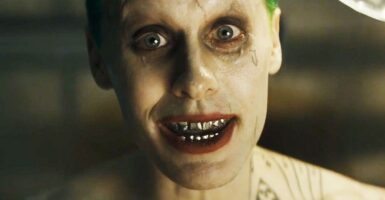