The Walking Dead Goes Retro In These Amazing Posters We’re closer than ever to getting our peepers on the presumably death-filled madness that’s coming with the midseason finale of The Walking Dead, but it’s time for a look back, rather than a look forward. (No, we’re not talking about prequels.) You guys know how much we love when things go retro, so there’s no denying our eye-lust for the throwback Walking Dead posters seen below. My love for fan art sometimes rivals my hatred for fan art not always being immediately available for purchase.

Created by EW‘s Darren Franich and Jef Castro, these Season 5 “Im-Posters” present a stylish take on each of the seven episodes that have already aired this season. (It feels like so many more than that.) Check out my favorite of the pack below, which rips on Eddie Murphy and Nick Nolte in 48 Hours. I’m having trouble picturing Abraham laughing like Eddie Murphy, though I’m keen on hearing him sing “Roxanne” in an upcoming episode.

And now take a bite out of some high-concept comedy for the cannibal laffer Tainted Meat, which is “flavored with sugar, salt, and a little something extra.” Classic. We can probably expect to see Carol doing something pretty amazing in the midseason finale “Coda,” but she’ll never be more badass than she is in this “No Sanctuary” poster. This is pretty awesome. There are a few other gems in this collection, too, including Daryl and Carol as seen in a poster for what looks like an old Doris Day film. (It’s been a while.) Beth gets a pretty sweet old-school hardcover novel mock-up, as well.

Hopefully the smile on your face will last through Sunday night, when “Coda” will probably put an end to at least one character’s existence. Norman Reedus recently revealed he cried his eyes out in preparation for the episode’s final moments, which will be particularly devastating for the character. Will Beth die? Will Carol die? Will Carl please please please die?

Sunday night. “Coda.” Be there. 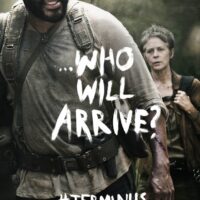 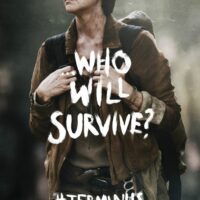 The Walking Dead Posters Question Who Will Survive The Finale 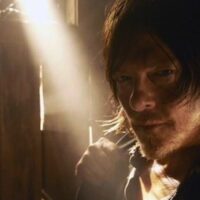