The Walking Dead Post-Game: The Grove

Well, that was one hell of a bummer of an episode, even for a show a notoriously bleak as The Walking Dead. If you thought Andrea’s death at the end of season three stung, Rick shooting zombie Sophia in the head in season two, or the debacle at the prison a few weeks ago were bad, you’re in for a hard slap of reality with tonight’s episode, “The Grove.” It’s like the writers went out of their way to say fuck you, here’s how bad shit can really get. So sit back, strap in, and get ready to get ready to have your day ruined a little bit. Since The Walking Dead returned from its mid-season break, with the group of survivors in ruins, the show has taken to telling smaller, more contained stories. “The Grove” sticks with this program, and follows the splinter that includes Tyreese (Chad L. Coleman), Carol (Melissa McBride), and the kids Lizzie (Brighton Sharbino), Miki (Kyla Kenedy), and baby Judith, who as we learned a couple weeks ago, is still alive.

The pre-credits scene shows what looks like an idyllic domestic moment. There’s soothing music, a teakettle heating on the stove, and a child playing with a friend in the back yard. As this goes on you start to realize that things are not as they seem. As they come into focus, you realize that one of those shapes in the backyard isn’t a child, it’s a walker, and it is, as they tend to do, trying to eat its playmate. This is the central metaphor for this episode of The Walking Dead, that while things may look all warm and fuzzy and fine at first glance, that is so, so, so far from the truth.

The action picks up with the gang still on their way to Terminus, the magical mystery land at the end of the train tracks where all of the various survivors are all headed in their own time. Looking for water, they stumble across an abandoned farmhouse. It’s out of the way, well-maintained, and perhaps, maybe, just maybe, it could be a place they could stay and make a permanent home. Tyreese isn’t sure he’s ready to be around people just yet, and Carol isn’t too pumped on the idea either.

While all of the surface action is going on, there are two bigger problems hanging around that no one is really talking about. First is what Carol did at the prison, killing those two people, one of whom was Tyreese’s lady friend. Sure, it got her banished, but Rick (Andrew Lincoln) didn’t have time to tell everyone what he did and why, so Tyreese has no idea, and you think Carol is smart enough to know that some secrets should remain kept. We’ll see.

The other problem is with the girls. They’re both annoying as shit, in different ways, but that’s not the issue. Mika, while not afraid to kill walkers, won’t take out a person under any circumstances, even one that is trying to hurt her. She’s like a tiny blond Ghandi. Carol, being the practical mother hen of the group that she has become, knows that the time will likely come when Mika needs to kill a real live human being. We’ve certainly seen enough situations where people are up to no good, and Carol takes it upon herself to toughen the kid up before this rotting cesspool of a world totally consumes her.

Lizzie’s situation, however, is way more problematic. She doesn’t see the walkers as creatures, monsters, or even as a danger. To her they’re just different. We’ve seen approaches like this before, too, like with Hershel’s barn full o’ zombies in season two, so we know how well that strategy works. Lizzie, as it turns out, is the one playing with the walker in the backyard, and she was also mystery person feeding rats to the walkers outside of the prison, so there’s that one mystery solved.

When it starts off, you think she’s just opposed killing the walkers when they don’t necessarily need to kill them to survive or get away. That makes a certain amount of sense, kind of like not fighting unless it’s absolutely a last resort. But as the “The Grove” progresses, you see how deep seeded her beliefs are. Romping with the walker, thinking she’s made a new friend, she doesn’t understand when Carol stabs her new pal in the head with a big ass knife. One thing you have to realize in our time on this rock is that friends, real friends, generally don’t want to eat your face off.

Lizzie thinks she can hear them, can understand them and what they want. And just when they’ve gone back and forth, when you think that she’s finally gotten the point, comes the brutal, oh shit moment of the episode. Fans of Robert Kirkman’s comic books will recognize a reworking of a small thread from the source material, though one with far reaching emotional consequences.

When Carol and Tyreese return to the house, they make a gruesome, grizzly discovery. Lizzie, hands dripping blood, stands over the body of her dead sister, a giant, proud of herself grin on her face. Baby Judith is crawling around on a blanket next to the corpse. It’s the kind of moment that sucks the air out of the room, even if you’re not paying all that close attention. Her intention is to prove that the zombies aren’t all that bad, and that when Mika comes back Tyreese and Carol will see and the world will be all grand and glorious and shit. We all had some crazy ideas when we were kids. She was going to make Judith come back next, until Carol points out that she should at least wait until Judith can walk on her own.

That’s one hell of a pickle for Tyreese and Carol to deal with. As Carol says, she can’t be around other people, she can’t be fixed. We all know what that means, just like they do, but no one wants to say it out loud. Carol, as has become her role this season, takes Lizzie out back and pulls her best Of Mice and Men on the young girl, telling her to look at the flowers, look at the flowers, before putting a bullet in her head. You know it’s coming, but for the second time you’re left slack-jawed.

This illustrates a key difference between season four of The Walking Dead and previous years. Earlier on this situation would have called for multiple episodes full of endless back and forth debate. Season two was mostly tedious discussion of what to do about various problems. On the other hand, the earmark of this year has been that the characters take an active role in their lives, rather than simply letting things happen to them. When they need to make a tough decision, they actually do.

As grim and crushing as the events of “The Grove” are to the characters and the fans, the show still finds a way to interject hope in the end, albeit a faint glimmer. This is another thing The Walking Dead has done well under the watchful eye of new showrunner Scott M. Gimple, keep the show from being overwhelmingly miserable. It can be dark, but it has had a tendency to wallow in desolation, and they’ve taken great pains to avoid that, while still staying true to the show.

In the aftermath, Carol comes clean to Tyreese about what she did at the prison. She pushes her gun across the table, telling him to do what he needs to do, which is exactly what he does, though it’s not be exactly what you expect. Instead of shooting her in the head—again, probably something the show would have done before—he forgives her. He knows her, and knows how much something like that weighs on her, and always will. It’s a very quiet, touching moment of human connection and understanding, one that we’ve been waiting for, and even dreading. 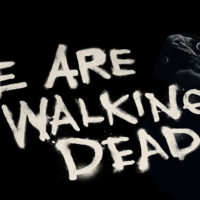