By Joelle Renstrom | Published 10 years ago 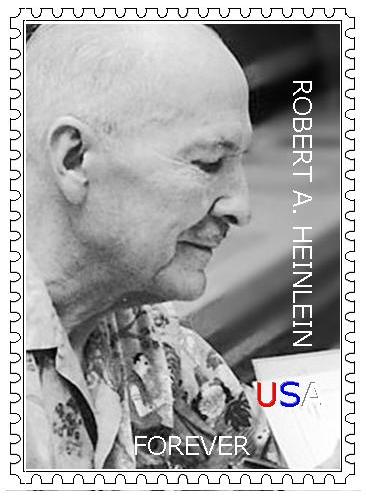 These days, science fiction authors get more kudos than they used to. The Sunjammer solar sail and the Clarke Belt, the part of space where geostationary satellites live, are both named after Arthur C. Clarke and his works. Iain M. Banks recently had an asteroid (re)named after him. NASA renamed Curiosity’s landing site on Mars Bradbury Landing.

Next up: postage stamps honoring sci-fi writers — if we can convince the USPS, that is.

Back in February, the USPS Commemorative Panel announced that this summer it will issue stamps honoring five pivotal science fiction writers: Robert Heinlein, Isaac Asimov, Philip K. Dick, Frank Herbert, and Ray Bradbury (it used to be a rule that someone had to be dead for five years before being memorialized on a stamp, but no longer). Gene Mierzejewski of Amazing Stories said it best when his “heart couldn’t help skipping a beat” when he read the news. 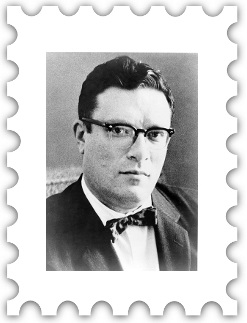 But in April, the USPS postponed the issuance of the stamps indefinitely. Rainbows, flags, and birds are plenty exciting, apparently.

On July 7, what would have been Heinlein’s 106th birthday, Chris Barkley took the lead for sci-fi fans nationwide when he began circulating a petition to get the USPS to issue not just the five stamps they had planned, but to go ahead and add 55 more names to the list.

In the petition, Barkley wrote that honoring only five authors, all of them male, was a huge oversight and misrepresentation of the genre. Increasing the series to 60 authors would more accurately represent the immeasurable contributions of sci-fi writers. According to Barkley, “Without their influences, it would be hard to imagine the eventual creation of Star Trek, Star Wars, video games such as Halo and Final Fantasy and technical innovations such as laser surgery, cell phones, fiber optics and global positioning satellites.” So say we all.

Barkley suggests adding authors such as H.P. Lovecraft, Theodore Sturgeon, Alfred Bester, Marion Zimmer Bradley, Octavia Butler, Jack Vance, Anne McCaffrey, and many more. Of course, there are still some people missing from that list (Ursula LeGuin springs immediately to mind), but 60 is better than five, and both are better than zero. I mean, we’ve got over 800 people featured on U.S. stamps, including actors, football coaches, and doll designers. I’d put Ray Bradbury’s face on a letter over any of theirs any day.

The goal is to get 100,000 signatures by August 6. Right now, not many people have signed, so sci-fi fans need to rally behind their beloved authors. Eventually, maybe these stamps could be used to send letters to Mars (you’d need a whole ton, but a girl can dream).