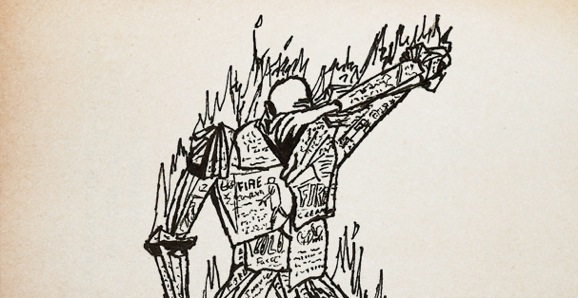 Any of you Ray Bradbury fans out there with an extra $1250 that you don’t already have earmarked for something practical, sensible, or maybe even useful? If you raised your hand then you might want to look into purchasing this super rare edition of Bradbury’s classic 1953 dystopian novel Fahrenheit 451. And in case you’re interested, yes, the book also happens to be bound in asbestos, just to sweeten the deal.

This comes from a super limited, first edition run of 200 books that were each signed and numbered by Bradbury himself. In exchange for your hard earned cash you’ll receive number 109 in this run. There is no dust jacket, and the book has definitely seen better days. The spine is pretty shot, and there is some staining that looks like this book has occasionally doubled as a coaster throughout the years, but there are no loose pages, which is a plus. However, even with all of this wear and tear, this still a damn cool artifact to add to your collection, especially with all of the fantastic illustrations inside.

If you check out the Ebay page, you’ll notice that it is being sold by a PTA group operating out of North Carolina. The book was came to them as part of a group of books someone donated. Whoever gave it up probably had no idea it was worth anything, but it is being sold to raise funds for their local school district. See, you can even buy this ridiculously expensive thing and still justify the purchase to yourself as doing something good. Or at least you won’t feel like as much of a dick for spending twelve hundred dollars on a single book.

Fahrenheit 451 is the story of a future where books have been outlawed. In this particular incarnation of America, the fire department performs a whole different kind of duty than you’re used to. Instead of putting out fires, they burn every book they come across, like assholes. The title refers to the temperature at which paper burns. Divided into three parts, the plot follows Guy Montag, a fireman who, over time, has a change of heart in regards to his actions and the overall state of the world. French director Francois Truffaut adapted the book in 1966. Perhaps due to the Johns-Mansville Quinterra—a crysolite asbestos material—binding on this edition, maybe this will survive a visit from your friendly neighborhood fireman.

I’ve read a decent amount of Bradbury—though still not nearly as much as I feel like I should have by this point in my life—and Fahrenheit 451 has always been my favorite. It ranks up there right along side George Orwell’s 1984 and Aldous Huxley’s Brave New World as the quintessential works of dystopian fiction. There are a couple Vonnegut books I might throw in there as well, but these have always been the big three in my eyes. 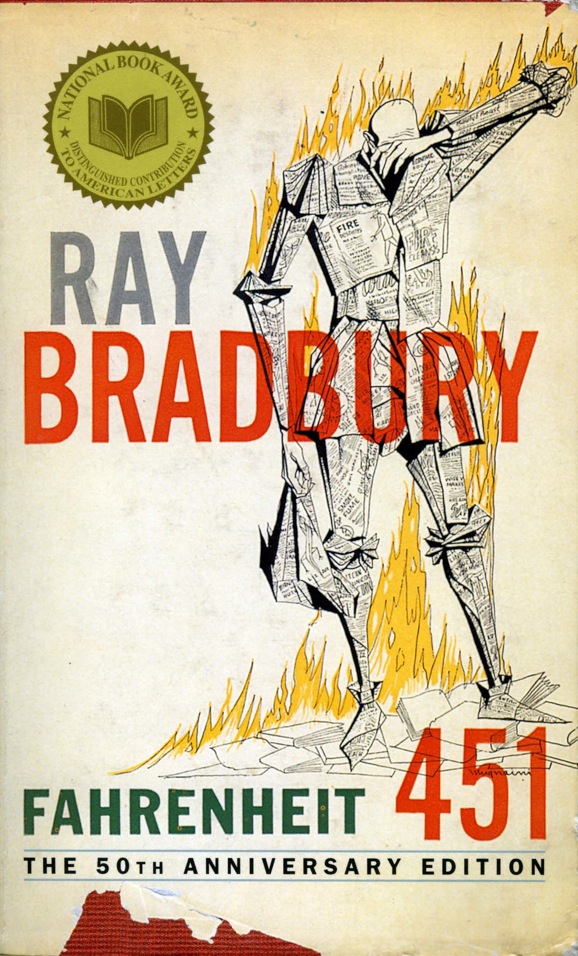