Director Ben Wheatley’s films are a rarity, in that their odd and often dark stories are filled with striking characters that somehow transcend the actors and actresses playing them. When I see Michael Smiley, I see Kill List‘s Gal, but when I look at Gal, I don’t see Smiley; it’s only Gal. That may change with the director’s next effort, the pseudo-utopian tale High-Rise, as Wheatley is amassing not only the most recognizable cast of his career, but one of the most intriguing casts of any film currently in pre-production. Fast & Furious 6 star Luke Evans and Mad Men‘s Elizabeth Moss are joining Tom Hiddleston, Jeremy Irons, and more for this bleak futuristic take on luxury.

Produced by Recorded Picture Company, High-Rise is an adaptation of J.G. Ballard’s much-loved 1975 novel of the same name, with a screenplay written by Wheatley’s frequent collaborator Amy Jump. Depending on how well-defined the lines are between the privileged and the impoverished, this could be the class war movie that the Occupy movement would have fought to rally behind. (Are those guys still doing anything? Is it working?)

The film takes place mostly within the massive luxury apartment complex the title refers to, which was designed and developed by the architect genius Anthony Royal (Irons) to be the central hub of the community (and perhaps the entire world). Filled with high-end condos/apartments, the tower is also home to a shopping district, theaters, swimming pools, and everything that life usually requires you to leave your house for. It’s all inside here. Enter Robert Laing, a young doctor who moves into the complex and is bowled over by Royal and his aide Charlotte (Sienna Miller). He soon begins to understand that there is no such thing as true perfection, and he finds himself caught in the middle of a tremendous conflict as the high-rise soon becomes the setting for an in-building civil war.

Unfortunately, neither Evans nor Moss’ roles have been revealed, although IMDb lists Evans as playing Richard Wilder, the filmmaker who is one of the catalysts for the building’s social upheaval. The rest of the cast consists of James Purefoy (The Following) as the gynecologist Pangbourne, Reece Shearsmith (A Field in England), Augustus Prew (Kick-Ass 2), and Joseph Harmon (Child 44).

Wheatley, who recently finished shooing episodes of Doctor Who‘s upcoming season, will head into production on High-Rise this summer in Ireland, with no specific time set for release just yet. 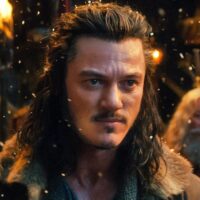