Science fiction is in the business of trying to predict the future. Sure, it also strives to entertain, but it attempts to do so while extrapolating what various aspects of our society will look like 10 years, 100 years, or 1,000 years down the line. Back in 1981, John Carpenter envisioned a futuristic answer to a problem we still haven’t figured out perfectly in our own time: what to do with the members of our society who refuse to follow the rules. The result was a fantastic (if far-fetched) flick called Escape from New York. With Lockout (or Escape from New York 2.0) having hit Blu-ray and DVD last week, we here at GFR sat down to remember some of our favorite science fictional prisons. ’cause sure, science fiction has often addressed the underlying problem of crime in thoughtful, nuanced ways…but sometimes it’s more fun just to think up clever ways to lock up the bad guys. Manhattan Island (Escape from New York)
Where else could this list start, really? Escape from New York is the template by which all other SF jails are judged. Set in the dystopian “future” of 1988, John Carpenter and Nick Castle’s classic flick finds the island of Manhattan converted into a maximum security prison. The island is surrounded by a 50-foot wall. The surrounding waters are peppered with mines. No one but convicts goes in, not even guards. If you’re sent to this prison, don’t expect the authorities to save you from your fellow inmates; you’re on your own. In Escape from New York, one-eyed badass Snake Plissken (Kurt Russell) is “volunteered” to rescue the President, who bailed out into Manhattan when Air Force One was hijacked and then crashed. Snake being Snake, he not only breaks into Manhattan, he survives hordes of crazy, pissed-off convicts, rescues the Pres, and ends up getting his pardon and putting one over on the corrupt politician.

Chance of Escape: Is your name Snake Plissken? If not, don’t hold your breath. Death Star Detention Center (Star Wars: A New Hope)
The Empire basically has the entire galaxy under their thumb as the original Star Wars begins. They’ve got armies of stormtroopers. They’ve got fleets of Star Destroyers. They’ve got a badass Sith warrior with a penchant for choking his subordinates. You’d think, then, that they’d have top-notch security when it comes to restraining their prisoners. For instance, that elevator that comes right into Detention Block AA-23? Maybe put some sort of physical security measures on there where you’ve got to scan your thumb print or retina or what-have-you, stuff that can’t be remotely activated by, say, an astromech droid.. Otherwise something bad is gonna happen. Like, I dunno, right off the top of my head: what if a scrawny farmboy, a smuggler, and a Wookiee con their way in with stolen uniforms and then murder the handful of guys you’ve got manning the post. Well, at least if that happens you’ve got multiple redundant security doors that automatically lock down, leaving the invaders trapped until you send down reinforcements, right? Right?

Chance of Escape: Can you fake an Imperial accent? Do you have any Stormtrooper masks left over from Halloween? Ah, let’s face it: you could pretty much break out of this place just by carrying a clipboard and looking busy. Butcher Bay (The Chronicles of Riddick: Escape from Butcher Bay videogame):
Now we’re talking. In the world of Pitch Black and The Chronicles of Riddick, Butcher Bay is notorious. A maximum-security prison, or slam, Butcher Bay had never seen a single successful escape attempt…until they locked up Richard B. Riddick. The game is set before Pitch Black, and unfolds through Riddick’s eyes as he does the very thing they claim is impossible. Located on a desolate world, Butcher Bay divides prisoners into three different levels of increasing security. Up top is the single-max level: a pretty standard layout of bars and cells and guards. If you act up there, they send you down to double-max, where you’ll never see the sun again. Still causing problems? Welcome to triple-max, where you’re kept in cryonic suspension except for two minutes a day where you’re awakened for some exercise. If they throw you in triple-max, you’re about as screwed as screwed can get…unless your name is Riddick.

Chance of Escape: If you’re smart. If you’re fast. If you’re ruthless. And if you can find somebody to do a shine job on your eyes…then you might just have a chance. Rura Penthe (Star Trek VI):
Located on a frozen planetoid, the Klingon penal colony of Rura Penthe is known as “the alien’s graveyard,” and boasts a life expectancy of one year for its inmates. A security shield prevents escape via transporter. The surface is blasted by freezing winds, so even if you do escape, you won’t live long and there’s nowhere else to go. If you’re sentenced to Rura Penthe, you can look forward to an exciting life spent mining dilithium and trying to avoid being murdered by your fellow inmates. In 2293 Captain James T. Kirk and Leonard McCoy were shipped off to Rura Penthe after being framed for the assassination of Klingon Chancellor Gorkon. They managed to escape thanks to a duplicitous shapeshifter and the keen strategies of Spock, but let’s face it: if they hadn’t escaped, Kirk would have been running the place within six months through sheer force of charisma.

Chance of Escape: If you’ve got an untrustworthy shapeshifter with an escape plan, a canny first officer riding to the rescue, and are smart enough to know where aliens keep their genitals, you’ve got a shot. If not, I hope you like cold weather. Takron-Galtos (Legion of Super-Heroes comics)
First appearing in Adventure Comics #359, way back in August 1967, Takron-Galtos is the galactic community’s dumping ground for the worst of the worst. While it has appeared in the “present” of the DC Comics universe, it’s seen the most mentions in the 30th/31st century era of the Legion of Super-Heroes (they’re like the Justice League with three times the roster). Despite being a maximum-security lock-up, the planetary prison known as Takron-Galtos boasts only a relatively small contingent of one warden and some armed Science Police to help keep the convicts in line. Most of the operations are automated, supposedly eliminating the chance for human(oid) error. In addition to the average riffraff of the galaxy, Takron-Galtos is also where the Green Lanterns send many of their captured prisoners. Legionnaire Brainiac 5 helped increase security by creating a force shield that surrounded the entire planet. Nevertheless, Takron-Galtos has seen numerous escapes over the years, including a notorious incident when agents of Darkseid bypassed security and released many of the planet’s prisoners.

Chance of Escape: Honestly, it seems like even the most inept super-villains can manage to escape Takron-Galtos. There’s a chance you might even escape it by accident. The Phantom Zone (Numerous Superman comics, films, and TV)
Perhaps the most famous iteration of the Phantom Zone is the tumbling “glass pane” from the first two Superman movies. Those films were vague at best when it came to explaining exactly how the Phantom Zone worked. Basically, you pissed of the Kryptonian leaders and then they…what? Made you two-dimensional? Trapped you inside a mirror? (That sounds more like The Doctor’s kind of thing.) The comics provide a bit more clarity, explaining that the Phantom Zone is a barren, insubstantial realm located outside of our own time-space continuum. Once banished into the Phantom Zone, you exist as a disembodied phantasm incapable of physically interacting with other beings (hence the “Phantom”). The good news is, you won’t age inside the Zone, so you’re effectively immortal. The bad news is, after a couple of centuries spent twiddling your incorporeal thumbs, you’ll wish you weren’t. The nature of the Phantom Zone has been tweaked and retconned several times over the years, and it was recently used several times in the last few seasons of Smallville. One thing that remains consistent? You wouldn’t want to go there.

Chance of Escape: In Superman II, the Kryptonian villains Zod, Ursa, and Non are freed thanks to their close proximity to an exploding hydrogen bomb Superman had hurled into orbit. So…got any friends on the outside that can get their hands on a nuke? Florina-161 (Alien 3)
Despite appearing in one of the weaker Alien films, Alien 3‘s setting is definitely memorable. Originally a prison for “double-Y chromosome, maximum-risk” prisoners – that’d be “dangerously violent men” in prole-speak – the Florina-161 Class C Work Correctional Unit is all but deserted by the time Ellen Ripley’s escape pod crashes, killing Cpl. Dwayne Hicks and Rebecca “Newt” Jordan. Instead, Ripley finds a mere 22 inmates and three custodians maintaining the facility and its foundry. As prisons go, it’s actually not a bad place to live. At least until some strange woman shows up and introduces a murderous evil into the facility and holy shit I just realized Alien 3 is a Garden of Eden metaphor. If you mind your business and don’t mistakenly fall into a vat of molten lead, you’ll do just fine on Florina-161. So long as, you know, the place isn’t suddenly overrun by an acid-blooded bioweapon with a tendency for face-hugging.

Chance of Escape: Why would you want to leave? Florina-161 is quiet, the weather’s nice, there’s plenty of work to keep you busy…say, are you okay? Why do you keep clutching your stomach like that and OH HOLY CRAP IT’S A– 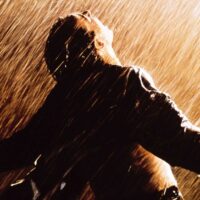 Coronavirus: Prisons Are Releasing Inmates En Masse To Protect Them From COVID-19