The Virgin Orbit LauncherOne rocket came crashing back down to Earth after only two hours in the sky.

It appears that the space race is still alive and well, and while the U.S. isn’t battling for dominance in the cosmos with Russia and China, rival companies are now attempting to launch their own rockets into the unknown. Virgin, the music company, has its own space program known as Virgin Orbit. Virgin Orbit recently launched a rocket into space, only to have it come crashing back down to Earth, which you can see below:

The Virgin Orbit LauncherOne rocket, otherwise known as “Cosmic Girl,” was built from a modified Boeing 747 jet. The rocket had been launched into space from Newquay in England’s Cornwall County but had been deemed a failure after it crashed back down to Earth a mere two hours after launch. Christopher Rel, the director of systems engineering and verification for Virgin Orbit, stated, “It appears that LauncherOne has suffered an anomaly which will prevent us from making orbit for this mission.”

The Virgin Orbit rocket was meant to travel 310 and 745 miles above the Earth’s surface, launching several satellites into the solar system, but this anomaly caused the rocket to come crashing down. Thankfully, it has also been stated that the aircraft and crew were able to touch down safely. The live stream that covered the event confirmed those details, along with the anomaly that took place, which caused the rocket to crash back down to Earth.

The Virgin Orbit rocket did manage to travel about 35,000 feet before it released the rockets strapped under its wing. Though the launch of the rocket was deemed unsuccessful, Virgin Orbit CEO Dan Hart, stated that the launch was still a “historic event.” It appears that Virgin is now trying to match the success of Elon Musk’s SpaceX company.

It is not at all shocking that the Virgin Orbit company, which launched the rocket, is a subsidiary of Richard Branson’s Virgin Group. Branson, much like Musk, is a billionaire with lofty ambitions. We are not sure if Branson’s company is going to be attempting another launch in the future, but we would imagine that this is not the last we have heard of the “Cosmic Girl.”

The Virgin Group had already seen a nine percent drop in its share price before the Virgin Orbit rocket took off, but since then, it has now fallen an additional 28 percent. The satellites on board the rocket are also owned by private companies and government agencies, as they were being put together to combat illegal trafficking, smuggling, and terrorism. We are not sure if there is going to be significant blowback from these agencies losing plenty of money, but it could mean they are going to try and launch another rocket in the coming years.

The United Kingdom has been attempting to establish its space program in recent years, and current figures boast a $20 billion price point and some 47,000 jobs between 2019 and 2020. We would imagine that the launching of this Virgin Orbit rocket was just one of the many attempts that could be happening in the coming years. Space exploration continues to be a hot topic for many people, and with billionaires pumping plenty of money into space programs, we could be seeing more of an influx of rockets launched into space. 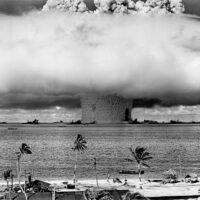 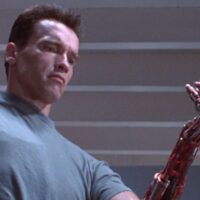