There’s a particular scene in the beginning episodes of 2018’s Altered Carbon series. The protagonist steps out on the street, and he’s instantly overwhelmed by holographic ads that he seemingly can’t ignore. Not without paying for a specific patch that turns the ads off. Though this description pertains to a television series, the situation described seems a bit more real with every passing day. YouTube is becoming relentless with its ads, and nearly all free-to-play (F2P) mobile games have them. Soon enough, ads might find their way to PlayStation consoles.

Free-to-play gaming skyrocketed during the COVID-19 pandemics, which forced not just entire families, but also entire communities to seek engaging entertainment within the world of video games. Now, according to Destructoid, Sony has been looking for new ways to monetize its free-to-play offering with PlayStation in-game advertisements. And that’s on top of F2P games’ compulsive nature that drives players towards microtransactions, pay-to-win premiums, and the worst of the lot — random loot boxes. Even Microsoft is reportedly working on the same implementation as PlayStation.

Destructoid’s report didn’t cite specific sources other than the vague “team of Sony insiders” but states that Sony plans on including advertising the menus and loading screens of their proprietary titles and integrating ads into video game worlds — such as billboards and signposts. Admittedly, the latter method was previously employed by other gaming companies to advertise the latest franchise installments in their older games. For example, you can see billboards advertising Asphalt 9: Legends video game while racing in Asphalt 8: Airborne.

On top of passive advertisement, sources state that Sony plans on implementing skippable commercials and in-game rewards for those who don’t violate the skip button. In case you’re wondering what we are talking about, just download any F2P video game on your phone. These are filled with microtransactions, and soon PlayStation titles might be too. Sony still stands firm against the collecting of identity details for sale purposes, but it may use players’ behavior to aid ad-making decisions, similar to how cookies work on PC.

This is bad news indeed, and we’re moving closer to the Altered Carbon reality we mentioned at the beginning of this report. F2P video games are already making plenty of money through predatory microtransactions and pay-to-win subscriptions, begging the following question: do we really need more ads? But that’s not the worst-case scenario; should the in-game advertising prove successful, and who’s to prevent publishers from slowly implementing them in fully-paid releases? Yes, we’re looking at you, Electronic Arts — you know what you’ve done — and no less than on a PlayStation release.

Unfortunately, Electronic Arts aren’t alone in its aggressive monetization tactics. Companies such as Ubisoft, Activision Blizzard, and WB Interactive all have in-game stores within the vast majority of their titles, offering various in-game services like level-boosts, experience packs, and other in-game items that would grant paying gamers a competitive edge over the competition.

Adding in-game ads to F2P PlayStation titles might be a novelty, but the companies’ use of advertisement in various products is slowly becoming an issue that needs to be dealt with. Purchasing a smart-TV means having ads running within the TVs UI, without any way of turning said ads off — meaning you basically have no control over a product you paid with your money. Welcome to 2022, where everything’s a subscription service, and you don’t own things you buy. Admittedly, you haven’t bought a F2P game, but it’s only a matter of time before ads transition into paid releases. 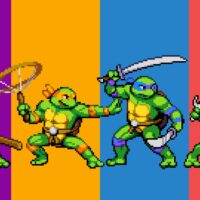 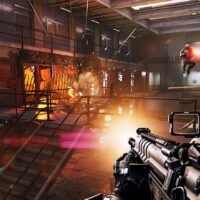