According to IGN, North American subscribers to PlayStation’s recently launched three-tier subscription Play Station Plus service will have access to NTSC versions of classic PlayStation titles, which run at 60Hz, compared to Asian customers, who got PAL versions of games, running at 50Hz. The PAL versions of said games were coded to use extra 4ms per frame, compared to 60Hz on NTSC versions, in which case any game should run at the same speed on both systems.

However, considering that the PAL system uses four extra milliseconds per frame, the PAL versions of games look “choppier” since it uses fewer frames per second. It’s worth noting that this isn’t a hardware constriction, and a lower framerate, in this case, isn’t indicative of poor performance. In most cases, the difference between the two comes down to 50fps on PAL versus 60fps on NTSC. And for some PlayStation Plus subscribers, that is a substantial difference.

Sony has previously included PAL versions of video games into its gaming collections for the North American market, where NTSC was standardized by the cinematic industry. Back in 2018, Sony released the PlayStation Classic, a modernized mini-version of the original PlayStation with games that were a mix of NTSC and PAL versions, which resulted in lower framerates on some titles. Of course, this didn’t sit well with the fandom, who got used to their own video format.

Sony’s decision sparked frustration among its customers. Sure, we can go on about how a 10-fps difference doesn’t really matter in ranges between 50fps and 60fps, but PlayStation games for the North American market ran at 60fps (or at least closely) since the original console launched. Well, it appears that Sony learned its lesson and has excluded PAL from North American PlayStation Plus.

The service is also scheduled to launch in Europe on June 22. Both Europe and North America still use PAL and NTSC systems, respectively, which were both previously dictated by the working principles of analog TV. Europe’s PAL system had better screen image resolutions but at the cost of a lower framerate. However, the rise of digital television, and ultimately digital video signals, transcended the limitations of both systems, especially when it comes to framerates. But digital TV wasn’t really a thing in the PSOne era, which is why these systems found their way to PlayStation Plus. New PlayStation Plus promises to add more games on the first Tuesday of each month, and an additional refresh will occur in the middle of each month for PlayStation Plus Extra and Premium subscription plans. 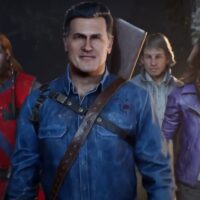