Assassin’s Creed Among The First Ever Video Game Grammy Nominees

Assassin's Creed is one of several video game titles now eligible for a Grammy under a new category.

The Recording Academy recently announced the addition of five new categories to the Grammy Awards, including one dedicated to video games and other interactive media soundtracks. As a result, some of the greatest gaming titles ended up as nominees for the Grammy Awards. The inaugural nomination list features a starry list of musical hits, including CoD: Vanguard, Aliens: Fireteam Elite, Assassin’s Creed — which recently announced new installments — and numerous other titles.

However, the inaugural list doesn’t end at Assassin’s Creed; according to Destructoid, other titles include Xenoblade Chronicles 3, Metal Hellsinger, the record-breaking Elden Ring, a Game of the Year contender God of War Ragnarok, and A Plague Tale: Requiem. Admittedly, some of these titles are just honorable mentions, as they haven’t met the release scheduling requirements, which means that they could still make a list, or perhaps a win, next year. The five games that have certainly made a list, besides the aforementioned ones, are Old World and Marvel’s Guardians of the Galaxy.

Assassin’s Creed’s nominee is actually Valhalla‘s latest DLC pack, called Dawn of Ragnarok. It’s one of the most ambitious expansion packs in the franchise’s already vast history. The DLC focuses even further on Norse mythology, with the narrative taking place in the magnificent Nine Realms of the Nordic mythos.

Of course, the additional 40 hours of epic content that the Dawn of Ragnarok has introduced to the Assassin’s Creed franchise had to be backed up with epic music compositions as well. So, it’s no wonder that the game’s soundtrack made it to the top contenders’ list for the Grammy Awards. Music is actually a major part of creating video games, as it shapes the tone and extravagance of even the most inconsequential segments, and as such, it deserves to be celebrated, and the composers deserve due recognition for their work.

If we take into account that video games, as an entertainment medium, have generated some of the most exceptional musical soundtracks of the last 20 years, a Video Game Grammy Award has been long overdue. For example, the Prince of Persia: Warrior Within and Doom Eternal soundtracks are very recognizable as gym music, and Beyond Good & Evil’s “Home Sweet Home” track is perfect for relaxation. However, the nomination period doesn’t encapsulate the aforementioned games and their titles, considering that they were released before 2021.

In fact, the ceremony is set to take place in 2023; it appears these nominations are for the 2021 and early 2022 launch periods. This means that the Assassin’s Creed DLC is most likely to appear as a nominee. However, the nominations period excludes God of War Ragnarok for the upcoming awards — though the game is due several awards from various organizations for impeccable storytelling, fantastic accessibility options, and incredibly immersive gaming experience. 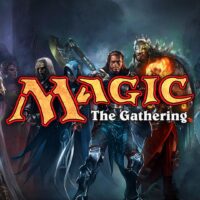 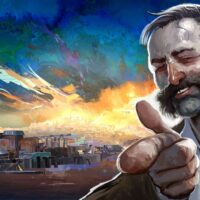