As a part of FX’s appearance at the TCA summer event, it has given the thumbs up for What We Do in the Shadows Season 4. It also revealed a new trailer for Season 3, as it is set to hit the network this September.

The show had a dramatic conclusion to its second season as the crew find out Guillermo (played by Zoey’s Extraordinary Playlist‘s Harvey Guillen) is a vampire slayer. The third outing will surely have some craziness to tackle with that and other shenanigans that fans should expect. How that plays out will certainly hit What We Do in the Shadows Season 4.

The FX series is based on a 2014 movie of the same name. It was directed, written, starred, and produced by Jermaine Clement (Moana) and Taika Waititi (Thor: Ragnarok). They were accompanied by Cori Gonzalez-Macuer (Mean Mums), Jonny Brugh (Mega Time Squad), Ben Fransham (Wellington Paranormal), and Stu Rutherford (Boy). The success of the indie dark comedy that followed a group of vampire roommates trying to live normal lives led to the successful series What We Do in the Shadows and its upcoming Season 4. It follows the same basic premise with a different crew of blood-sucking creatures on Staten Island.

Following What We Do in the Shadows, Season 4 will be its core cast. Kayvan Novak (Men in Black: International), Matt Berry (The Spongebob Movie: Sponge on the Run), Natasia Demetriou (This Time with Alan Partridge), Harvey Guillen, and Mark Proksch (The Office) all lead the vampire comedy as they have been roommates for over 100 years. Big names have made their appearances on the show like Doug Jones (The Shape of Water), Jake McDorman (Lady Bird), Beanie Feldstein (American Crime Story), Nick Kroll (Big Mouth), and Craig Robinson (Brooklyn Nine-Nine).

While What We Do in the Shadows Season 4 goes into production at some point in the near future for its 2022 window, Taika Waititi and his collaborator Jermaine Clement are quite busy. Clement is lined to star in the Avatar sequels that will run through the 2020s. Waititi is working on his Star Wars movie that he said will be “very me.” He is also set to do his own take on Flash Gordon. For movies, his next is not too far away for patient fans as his second outing with Marvel will deliver the fourth Thor movie, Thor: Love and Thunder hits theaters on May 6, 2022, with Chris Hemsworth (Avengers: Infinity War, Endgame) to reprise his role with Tessa Thompson (Westworld), Natalie Portman (Black Swan), Russell Crowe (The Nice Guys), and Christian Bale (Vice).

What We Do in the Shadows Season 4 will have to wait for 2022 when it hits FX and Hulu. The third outing will premiere the first two episodes out of 10 episodes on September 2 at 10 p.m. ET on the network and then stream the next day. 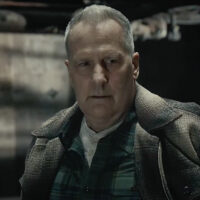 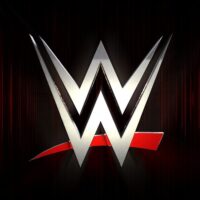 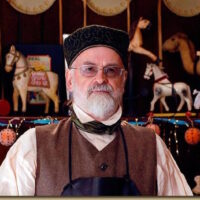