What We Do In The Shadows Season 3: Who They’re Bringing Back

Have you ever thought to yourself: I wonder what it would be like to have a film crew follow around vampires? Document their every move, how they live and feed, and how they would interact in the present day. Well, think no more, because What We Do in the Shadows is here to answer each and every question you may have. And it’s not over. We’re getting What We Do in the Shadows season 3.

WILL WE GET WHAT WE DO IN THE SHADOWS SEASON 3?

Glad you asked, because you won’t be disappointed. The first two seasons of What We Do in the Shadows can be seen on HULU via the FX Network. The show won’t end there.

In May of this year, FX Networks, via Deadline, announced there will be a What We Do in the Shadows season 3. FX Entertainment President of Original Programming Nick Grad said, “We’re incredibly happy that critics and audiences are all in on Shadows. Week in and week out, the producers, writers, and our amazing cast continue to make one of the funniest and best comedy series on TV.”

Expect the funny five to return for What We Do in the Shadows season 3, though that return date seems a bit murky at the moment. With many productions yet to begin, don’t look for season 3 to hit the airwaves any time before 2021. It will be worth the wait, guaranteed.

We have seen this format before. The Office (both British and American versions), Parks and Recreation, and Modern Family to name a few. The premise of What We Do In The Shadows is that documentary film crew follows around everyday workers as they live their lives both at home and work. It has been used in feature films too, most notably with This Is Spinal Tap, Best in Show, Borat: Cultural Learnings of America for Make Benefit Glorious Nation of Kazakhstan, and Drop Dead Gorgeous.

It was Taika Waititi (Thor: Ragnarok, Jojo Rabbit) and Jemaine Clement (Men in Black 3, The BFG) who started the vampire mockumentary back in 2014 with their film What We Do In The Shadows. They both co-wrote and co-directed the film and they both star in the movie too. The movie has a film crew follow four vampire roommates, Viago, Vladislav, Deacon, and Petyr as they live and kill in Wellington, New Zealand. It is bloody good fun, enough that a TV series just had to be made.

The team who made the movie has been involved in the show, and that will continue for What We Do in the Shadows season 3

The FX series, What We Do in the Shadows follows the same mockumentary shooting style as The Office. A camera crew records everything vampire as well as the vampires familiar, a human host. Similar to the movie, the series tells of three vampire roommates, this time living on Staten Island, who are true vampires and one energy vampire, who feeds off the life force of living creatures.

The vampires on the show are played to the hilt by Kayvan Novak (Fonejacker) as Nandor the Relentless, Natasia Demetriou (Stath Lets Flats) as Nadja, Matt Berry (The IT Crowd) as Laszlo Cravensworth, and Mark Proksch (Better Call Saul) as Colin Robinson, the energy vampire. They are joined by Nandor’s human familiar, Harvey Guillén (The Internship) as Guillermo De la Cruz, who many times finds himself cleaning up everyone’s mess, not just Nandor’s. All are expected to return for What We Do in the Shadows season 3.

As with the movie, the series is high on gore and language. But it does not distract from the comedy, only enhances it. Think of an “R” rated The Office and you will understand What We Do in the Shadows.

Episode 7 is titled The Trial and it brings back the originals from the movie as Waititi and Clement return to their characters as Viago and Vladamir, representing part of the Vampiric Council. Also on board for this classic, and part of the council, are Tilda Swinton, Evan Rachel Wood, Danny Trejo, Paul Rubens (yes, Pee Wee Herman!) and Wesley Snipes, whom they call the Day Walker. Included in this episode is Dave Bautista, though he is not part of the council. It is must-see TV.

It also should be noted that Mark Hamill (Luke Skywalker) also has a recurring role in the series as Jim the Vampire, the nemesis of Matt Berry’s Laszlo. 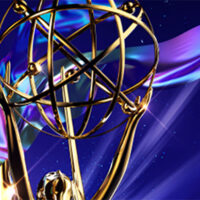 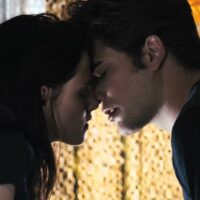