Even in a competing franchise, Superman has little equal. The Man of Steel exists in the Marvel Cinematic Universe as Earth’s mightiest fictional superhero, a new Eternals featurette reveals. Marvel Studios released a clip of Sersi (Gemma Chan) and Ikaris (Richard Madden) meeting Phastos’ (Brian Tyree Henry) son Jack for the first time and he immediately mistakes Marvel’s Daedalus for his DC Comics equivalent, an alien being capable of supersonic flight and shooting lasers from his eyes. The confused Eternal readily deflects the comparison, but Jack is already asking Ikaris about his red billowing cape. Looks like Clark Kent is an even bigger celebrity than all six founding Avengers combined. Humanity may have pelted Superman with rocks, but in Marvel he remains the proverbial G.O.A.T. of superheroes. Check out the big reveal below:

As thrilling as it sounds to hear Superman be acknowledged by Marvel in film, it wouldn’t be all that wise to count our chickens just yet. Eternals never classified the Last Son of Krypton as an active superhero. And Jack didn’t give any indication Superman is currently whizzing around the Marvel Cinematic Universe, curbing invasions and rescuing innocents left and right.

The only thing that exists of Superman in Marvel is the idea of him. He’s a finished product with an indeterminate source. And since major alien invasions have come and gone without our favorite red and blue Boy Scout making his presence known, it’s safe to say he is nothing more than a fictitious character in the Marvel Cinematic Multiverse. Beloved, yes, but nowhere as grounded in reality as Peter Parker’s recurring science fiction references. He’s an Easter egg. So, until Marvel shows proof of Superman and the rest of DC existing in a different (but connecting) pocket universe, we would rule out any possibility of a crossover. It’s certainly the dream, but it is unlikely.

Superman is no Marvel character, and yet there are several characters in the MCU who could be mistaken for him. Vision (Paul Bettany) wears a cape, flies, and shoots a laser from the Mind Stone on his forehead. Both Thor (Chris Hemsworth) and Doctor Strange (Benedict Cumberbatch) wear long red capes and shoot destructive beams from their hands.

Though Vision and Doctor Strange aren’t the type to walk around taking selfies and signing autographs, kids love Thor. And yet the description Jack gave Ikaris is too leading to be anyone else. How many other Supermen do we know can fly, wears red capes, and lasers with his eyes? Marvel just paid DC an earnest homage, and nothing could be more amazing and modest.

It’s no surprise Marvel Studios chose Superman out of all the DC heroes executives could have honored in film. This may come as a shock to many backers of the DC/Marvel rivalry, or recent Superman fans, but Marvel bigwigs love Clark Kent. No such binary loyalties exist where the Man of Steel is concerned. He is the greatest superhero to ever grace pop culture and Marvel knows it.

In fact, Marvel Studios president Kevin Feige considers Christopher Reeve’s Superman films as the perfect blueprint for every superhero movie to come after, Marvel’s own roster included. Having worked with Geoff Johns under Richard Donner before, he reportedly holds 1978’s Superman in high regard, as it serves as a reminder of how comic books should be adapted. Which is to say with one-hundred percent respect for the source material and to encourage faith and optimism in every single audience member. Superman is Marvel’s personal hero and continues to be, with every new MCU entry released.

In 2017, both Feige and Johns appeared onstage at the Samuel Goldwyn Theater in Beverly Hills, California to celebrate Richard Donner’s life and career. Marvel’s chief creative officer spoke highly of Donner’s take on the Man of Steel and how much it has come to shape the Marvel Cinematic Universe. “Superman: The Movie is still to this day the archetype of the perfect superhero film origin story,” he told the crowd. “And we watch it before we make almost any one of our films, and that’s been the case for the past seventeen years since I left the fold to go work for Marvel.” At one point, Feige told Warner Bros. it has a lot to learn developing the DC Extended Universe just based on Richard Donner’s example. Superman isn’t Marvel, and yet a competing studio seems to understand the character better than Warner Bros. ever could. To this day, Henry Cavill’s status in the DC Extended Universe remains up in the air and none of Warner Bros.’s top executives seem to know what to do with the property.

Imagine being Marvel’s head of everything and admitting a DC superhero has inspired every single feature you’ve ever produced. The Disney subsidiary may receive considerable flack online for “being a corporate stooge choosing profit over integrity” or “making formulaic popcorn films with little depth,” but nothing changes the fact it’s making superhero movies for the same reason DC once did: to inspire and empower, and to spread joy and hope wherever the chips may fall. When your sole purpose for being in cinema is to make millions of people happy, what other reason matters? Humility is definitely a good look for Marvel, and it’s all thanks to Superman. Superman’s Marvel namedrop may come off as a little pandering to ardent Zack Snyder stalwarts, but it clearly comes from a place of love and admiration. Superman is a beacon of light to all who know him, and Marvel is no exception. 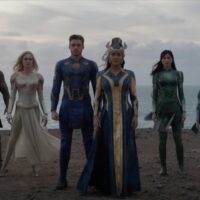 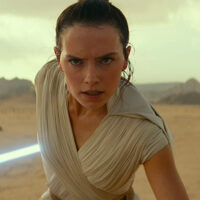