Have you been waiting for Stranger Things Season 4? Me too. But it might be a little bit longer or maybe even *a lot* longer until The Party sets back to doing what they do best, fighting off unknown evil from beyond the realms of this silly world. That’s the case with the recent news we got about the next season with series star Finn Wolfhard not sounding all that confident about when the show would be back on the small screen.

Finn Wolfhard shared some thoughts on the upcoming Stranger Things Season 4 and it had fans more than a little disappointed about when it would come back on Netflix. Because that might not be coming as soon as we would have wanted. It will have been two years this July from when we last saw the group and it might be a whole lot longer after that.

The news, as it were, was originally shared through the Twitter account aptly named @StrangerThingsSpoilers in which a grainy video of Finn Wolfhard has fans more than a little upset. In the clip, the actor is asked about Stranger Things Season 4 and when we can expect it to hit screens. He says that it should be out next year, “hopefully”. It’s this last part, as he gives a little non sarcastic eye roll and shoulder shrug that sent up the alarm bells. While Wolfhard wouldn’t likely have all the details on specific release times for the show, it didn’t inspire a ton of confidence when it came to the actual timing.

Though we’ve gotten some Stranger Things Season 4 teaser trailers and other little nuggets along the way there hasn’t been anything definitive set in stone about when we would catch up with the story again. We do know some things though. It looks like Hopper did end up surviving the energy blast at the end of Season 3 and this next story will involve 1980s Russia as a setting. But beyond that, little is known about what’s in store for the season.

One of the reasons we continue to wait on Stranger Things Season 4 is, much like the rest of the Hollywood industry, the show suffered major delays around the pandemic. The inability to keep the steady filming schedule along with all of the other rules and regulations meant that the timeline for getting the next season was significantly delayed. The filming had actually begun in earnest all the way back in February of 2020, but as we all know, in March everything changed and it’s been a struggle to ramp things up again.

The first episode of Stranger Things Season 4 is tentatively titled “Chapter One: the Hellfire Club”, an X-Men reference if there ever was one. Like in the comics, it could point to a larger worldwide conspiracy that’s influencing things in Hawkins, Indiana, and beyond. Or it could be how The Party now envisions itself. That part isn’t all that clear. The last time we saw this group they were a set of friends at a crossroads. Some had moved away, others were dealing with loss and the town was a total and utter mess. There are a lot of ways this next season could shake out. But it might be quite a while until we know. 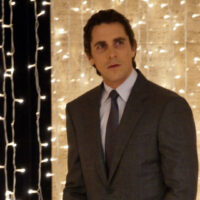