More horror on the way!

Horror comedies are starting to pop up in droves again as a resurgence of the genre is generating a lot of steam among streaming services. Netflix will be unveiling a slightly offbeat revenge thriller called Do Revenge, starring Riverdale’s Camilla Mendes and Maya Hawke as high school students looking to enact some bloody revenge on their respective bullies. Subscription streamer Shudder will soon debut its foray into the horror comedy category with a dirty portrayal of an unlucky traveler (Ryan Kwanten) who stumbles upon a devilish gloryhole (JK Simmons) in Glorious. Now, it appears that a new comedy entitled Lisa Frankenstein will make its way into theaters starring a group of familiar faces.

According to a report by Deadline, Stranger Things cast member Joe Chrest is joining the growing cast of Lisa Frankenstein, a new horror comedy from Focus Features. The cast includes Cole Sprouse of Riverdale fame, Big Little Lies star Kathryn Newton, The Fall of the House of Usher’s Carla Gugino, Alone/Together actor Liza Soberano, and The Crowded Room’s Henry Eikenberry. The new movie has been written by noted Academy Award-winning Juno screenwriter Diablo Cody and will be directed by Zelda Williams in her feature film debut. Williams is known to the general public for her directorial efforts in music videos for artists JoJo and Anna Clendening. At this time, no release date has yet to be set for the film as casting is still ongoing, although filming is currently underway.

Lisa Frankenstein is a new take on an old tale of reanimation. With the theme of Frankenstein and the story of a man brought back to life in monstrous form, Collider reports that Lisa Frankenstein will borrow from these themes and place them smack dab in the middle of the 1980s. In this version of the classic tale, a high school student (Newton) replaces the Dr. Frankenstein role, and the electromagnetic reanimation machine is replaced by a broken tanning bed. Much like the concept that transformed Elizabeth Lail into Diane Keaton in this summer’s Mack & Rita, so too will befall the nature of Lisa Frankenstein’s monster (Sprouse), a Victorian corpse. According to IMDB, no other characters have been announced so far for the other actors, including Joe Chrest, who audiences may know as Ted Wheeler, Nancy’s clueless but forgiving father in Stranger Things.

With the announcement that Joe Chrest is joining the cast of Lisa Frankenstein, many viewers may not know about the talented actor’s resume other than his many appearances in Stranger Things. Building a career in television and film, Chrest has struck a balance of character acting that many would find enviable. His previous high-profile projects include 21 Jump Street, 22 Jump Street, Spike Lee’s Oldboy, Lee Daniels’ The Butler, The Perfect Date, and the television film Killing Reagan. The West Virginia native will next be seen in a slew of projects like Peacock’s series A Friend of the Family and Martin Scorsese’s Killers of the Flower Moon, alongside Leonardo DiCaprio, Jesse Plemons, Brendan Fraser, and Robert De Niro. 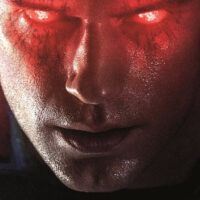 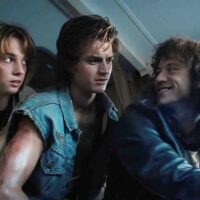 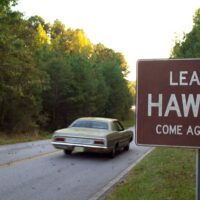