Pretty much any actor would kill to be directed by Steven Spielberg, even if that means your scenes ends up getting cut from his movie (as disheartening as that may be.). That’s exactly what happened to Stranger Things actor David Harbour when he was cut from a brief bar scene in the 2005 Spielberg film War of the Worlds. In an interview with Role Recall, Harbour recalled the experience saying “And we shot it and I remember thinking it was probably gonna get cut, but Spielberg was there and it was so exciting to meet him.”

Not only was he right about Steven Spielberg cutting the scene but, funnily enough, Spielberg didn’t even remember directing the Stranger Things star when they crossed paths years later. Spielberg, who was a producer on Revolutionary Road, complimented Harbour on his performance and told him he would “one day love to work with you.” Harbour recalled that experience as well, saying “And I did not bring up the fact that we had already worked together and he had cut me out of his movie.”

Steven Spielberg has worked on a ton of movies, both as a director and a producer, so it’s not too surprising that he doesn’t remember every actor that he works with. David Harbour is huge now thanks to Stranger Things, but at the time he was just doing a small role in a big movie. It’s definitely a funny story for Harbour to look back on, especially because there’s little doubt that Spielberg would recognize him now.

Of course, it’s also worth noting that Stranger Things certainly owes a lot of its inspiration to Steven Spielberg. When you’re watching Stranger Things, it’s clear the 1980s setting, the coming-of-age stories, and the sci-fi elements are all drawing from some of Spielberg’s greatest hits. While Spielberg doesn’t have a direct hand in the production of the series, his influence can be felt.

While it has definitely turned to Stephen Spielberg’s projects for inspiration, Stranger Things has managed to very much become its own thing, creating a unique world and setting that has viewers hooked. The Netflix series recently aired its penultimate season and the show is more popular than ever, bringing in billions of viewing minutes and inspiring countless memes and TikTok trends. The final season is on its way, and there’s little doubt that all the faithful viewers will return to see how the Duffer Brothers wrap up their saga.

While David Harbour doesn’t have any Steven Spielberg films on his upcoming releases, you’ll be able to catch him in the final season of Stranger Things in the near future. Until then, you can see him as Santa Claus in the John Wick-like Christmas film Violent Night, which co-stars John Leguizamo, Alex Hassell, Alexis Louder, Edi Patterson, Cam Gigandet, Leah Brady, and Beverly D’Angelo. Both The Fabelmans and Violent Night are now playing in theaters. 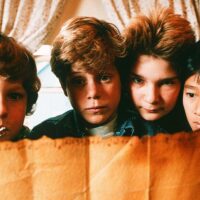