The original 1996 Scream is in the top ten most-watched films on Paramount+.

In this age of “elevated horror,” slasher films have an uncertain level of status in the many subgenres of scary movies. Historically, slasher films (which broadly speaking, means it involves a killer who stalks and murders people in a movie, oftentimes with knives) have rarely been critically well-regarded, at least until enough time has passed that it is safe for critics to retroactively find them worthy enough. However, slasher movies have always had popularity on their side, so it makes sense that one of the most important movies of the subgenre is currently in the top ten most-watched movies on Paramount+: 1996’s Scream.

In 2022, Scream is as much part of the historical canon of horror as Halloween or A Nightmare on Elm Street, both of which are namechecked in the opening moments of the film. Combined with the crude, effective skewering of the franchise in the Wayans Brothers’ Scary Movie series, time and imitation has obscured some of what made the Wes Craven-Kevin Williamson franchise so important to slasher films. However, the recent revival of the franchise is a hopeful sign that it will actually be appreciated again.

As with all good slasher movies, Scream is fundamentally simple: a mysterious figure in a store-bought, all-concealing black robe and white mask is killing people and a final girl tries to survive. In this particular case, the Ghostface Killer (as it would come to be known) is fixated on Sidney Prescott (Neve Campbell), who begins the movie already traumatized from the horrific rape and murder of her mother and things only get worse for her. In the course of the film, the body count will pile up, horrible family secrets are revealed, and there are a lot of meta-horror references.

Like, a whole lot of horror references. Although Scream eventually leans on horror film obsessive Randy Meeks (Jamie Kennedy) to outline the rules by which potential victims live or die in a horror film and thus real life, pretty much everyone in Scream knows horror cinema. In the celebrated opening scene, a high school student played by Drew Barrymore (who was originally cast as Sidney, but took the smaller role of the first victim due to scheduling conflicts) takes a phone call from a mysterious, gravelly voice and finds herself to tormented and then brutally murdered. But before she does, the movie makes time to have some quick, but detailed discussions about the merits of the Halloween, Nightmare on Elm Street, and Friday the 13th franchises.

A lot of this has to do with Kevin Williamson, who wrote the opening scene of Scream essentially as a standalone story, inspired by the real-life Gainesville Ripper murders. At the time, Williamson was a screenwriter struggling to break into the industry; Scream ended up launching him into the upper strata, and he would soon create the iconic 1990s teen television drama Dawson’s Creek. Kevin Williamson has always been highly referential and approached his work with a level of meta-awareness that was nearly unprecedented in Hollywood and would be swiftly run into the ground by imitators.

However, Scream was by no means a sure thing when it was released. The script became the subject of a bidding war that was ultimately won by the Weinstein Brothers’ Dimension films, who approached Wes Craven to direct. Although he had been interested, Craven was looking to move away from horror, and it took the collapse of his then-current project and the involvement of an established star like Drew Barrymore to get him locked in.

Much of the success of Scream was counterintuitive. The movie kills off its most recognizable star within minutes, but that just made audiences feel like anyone could be murdered. The self-referential, in-joke-heavy dialogue could have bewildered audiences, but it turns out there are a whole lot of horror fans out there. Scream was released the week before Christmas 1996, traditionally a time for family films, but the calculated risk that the movie would serve as an alternative for anyone who wasn’t interested in Jingle All the Way or The Preacher’s Wife paid off.

Specifically, Scream paid off to a $173 million box office gross against a $15 million budget, an enormously blockbuster by any metric. So far, the movie has had four sequels, a three-season television series, and an upcoming sixth movie. Just as importantly, it jump-started the nearly-dead slasher subgenre, paving the way for I Know What You Did Last Summer and Urban Legend (both also written by Kevin Williamson), and the revival of the Halloween, Friday the 13th, and Child’s Play franchises.

Arguably, Scream did more for the slasher subgenre than any film since the original 1978 Halloween. It revived it as a self-aware but still gory and (importantly) commercially viable type of film, and it is still echoing in pop culture today. Like any good slasher, it just does not seem to ever stop. 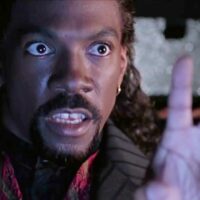 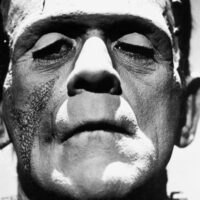 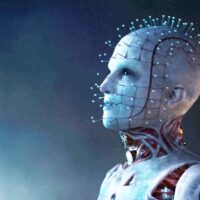