It’s been pretty clear that Robert Pattinson’s The Batman is going to be a fresh take on the character. Every interview from the team behind the movie promises that it’s going to be dark. The trailer showcases Robert Pattinson beating on someone and promising that he is vengeance. In a new interview with Empire, Robert Pattinson discussed more about what this means and how it shaped details like the famous batsuit.

The actor explained that his character isn’t a playboy. Bruce Wayne has been out fighting for a cause at every turn. The rest of his time is spent building violent gadgets with Alfred, who thinks Bruce Wayne may be losing his mind. “He’s been out every single night for two years, getting beaten up and shot and stabbed and burnt, and it shows,” Robert Pattinson tells Empire. “There’s a bullet graze on the cowl, right at the beginning. I don’t think that’s been done before.”

Audiences will have to take a very close look at Robert Pattinson’s cowl to see what he means about bullet grazes and other marks on the batsuit, but they’re there. The last mark facing the camera is likely the bullet graze the actor mentions. Another line can be seen curving around the other side of his head.

Christian Bale’s The Dark Knight is often considered to be the darkest version of Bruce Wayne audiences have seen on the big screen. In that movie, his character was still seen showing up in suits at parties and maintaining a playboy image, even when that didn’t seem to be something he particularly wanted to do. It sounds like that won’t be happening in the new take.

Filmmaker Matt Reeves shared a look at his filmmaking process and inspiration. After putting on the Nirvana song “Something in The Way” (featured in the first trailer for The Batman), he felt he understood the character in a new way. “That’s when it came to me that, rather than make Bruce Wayne the playboy version we’ve seen before, there’s another version who had gone through a great tragedy and become a recluse. So I started making this connection to Gus Van Sant’s Last Days, and the idea of this fictionalised version of Kurt Cobain being in this kind of decaying manor.”

The above image shows Robert Pattinson’s Bruce Wayne looking grungey, with his long hair in his face. It appears that the Kurt Cobain inspiration may have carried into multiple parts of the character’s development. Overlapping shirts and long hair were a trademark of Nirvana’s Kurt Cobain.

While the soundtrack for The Batman has yet to be released, it will be interesting to see if Robert Pattinson’s movie actually has more Nirvana songs inside, or if that’s just a treat for the trailer. Interviews and marketing so far have suggested that even though we are seeing a darker side to Batman already, the movie is going to bring that out to a much higher level.

Robert Pattinson took up most of the photo space in the new issue of Empire, but Zoe Kravitz as Catwoman did get to make an appearance. In another version of the magazine cover below, she’s seen in an advanced take on her Catwoman outfit. Early photos have shown her wearing a homemade mask. It’s been promised that later in the movie, her suit will be getting an upgrade. The photo below delivers that promise.

Because of the film’s many delays, marketing for The Batman has been going on for longer than usual. It feels to many fans like they’ve been waiting forever to see this one. Fortunately, there’s not a lot longer to wait. Robert Pattison can be seen as a Kurt Cobain-inspired Bruce Wayne in The Batman on March 4, 2022. 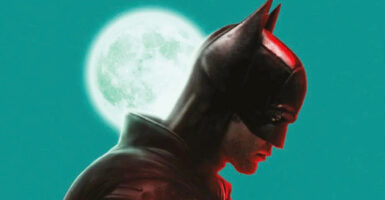 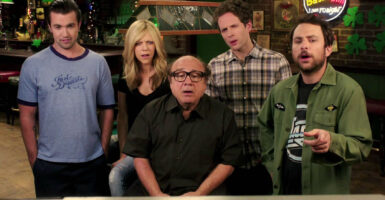 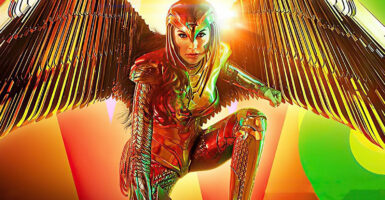