The hype surrounding the upcoming rendition of The Batman from director Matt Reeves is building up fast. In October following DC Fandome, fans of the caped crusader got their first look at the Twilight alumni Robert Pattinson taking the helm as one of the world’s most popular vigilantes. Building on the international momentum, Warner Bro Japan just released a new trailer depicting a more violent side of Batman.

Watch the action for yourself in the new trailer below:

The sneak peeks, which dropped on Sunday night, feature several never-before-seen shots of Robert Pattinson as Bruce Wayne and a suited-up Batman. While previous trailers have already confirmed appearances from popular franchise characters like Catwoman and Penguin, the newest preview teases the live-action return of The Riddler, played by There Will be Blood and Little Miss Sunshine veteran Paul Dano.

Ramping up for theatrical debut this spring, the gritty dark footage depicts The Riddler taunting not only Batman himself but apparently Bruce Wayne as well. Complete with a shrine depicting Bruce Wayne with his eyes scratched out, The Riddler appears to be fed up with the corruption in Gotham City as he plans to “unmask the truth about the city” telling Bruce, “You’re part of this, too.” The new trailer also hints at Robert Pattinson’s Batman possibly giving into the puzzle master, as he is shown taking off his mask, giving viewers the assumption he is giving away his identity.

While as intriguing as the new footage is, possibly the most exciting element featured in the short minute and a half clip was the violence. Living up to Batman’s fiery style, Robert Pattinson previews some terrifying fight sequences proving that the once sparkly vampire can don the suit just as well as any actor. In one clip, Pattinson is seen taking on a large group of thugs wearing makeup to appear as The Joker. One of them looks at the Batman and says, “[Who]the hell are you supposed to be,” promptly before getting a proper beating from Gotham’s defender.

Joining Robert Pattinson and Paul Dano to the upcoming film are Hollywood vets Zoe Kravitz as Catwoman, Colin Farrell as The Penguin, John Turturro as Carmine Falcone, Jeffrey Wright as Commissioner James Gordon, and Andy Serkis as Alfred Pennyworth. The film is being written and directed by Matt Reeves, famous for his work directing films like 2008’s Cloverfield along with his recent projects directing both Dawn of the Planet of the Apes and War for the Planet of the Apes. The film will be the studio’s newest adaption of Batman since Ben Affleck last helmed the crusader.

Robert Pattinson’s casting as the masked vigilante has come with plenty of mixed reactions from fans. Pointing at the young actor’s long list of critically acclaimed acting roles in films such as The Devil all the Time and Tenet, many are excited to the dramatic actor portray a more brooding Batman, similar to that from Christopher Nolan’s adaptation of the superhero. Others have been very boisterous at articulating their distaste for the new suited look, dark makeup, and overall choice in casting a once teen-heartthrob in such a role. The Batman will officially land in movie theaters on March 4, 2022, when fans will be able to decide for themselves whether or not Pattinson lives up to the renowned character. 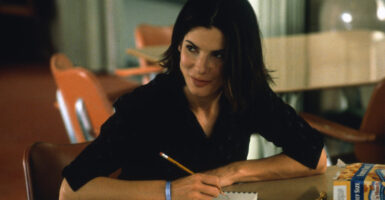 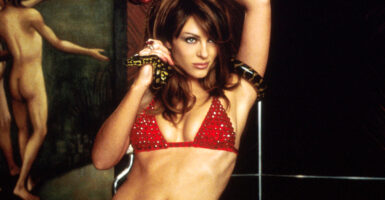