Robert Downey Jr. is no longer technically in the Marvel Cinematic Universe though he deserves as much credit as anyone for bringing around a group of characters who’ve resonated in the movie landscape for over a decade now. Kicking off Marvel’s Phase One, Downey Jr. clearly set the tone for what was to come in this franchise. But with Tony Stark’s death at the end of Avengers: Endgame, it was unclear what the future held for the actor and character. Now, We Got This Covered has it that Robert Downey Jr. is being replaced in the Marvel Cinematic Universe, and it could be by a couple of different folks.

According to this latest rumor, Marvel is considering introducing one or two Iron Man variants into the mix with its coming stories. Now that the Multiverse has been fully deployed, the options are almost limitless with how stories take shape and characters are introduced or reintroduced. We saw as much in the first season of Loki with all different versions of the Trickster God having been created. It no longer means that if Iron Man is coming back that Robert Downey Jr. has to come along with him (or her). It is a new world comic book order in this respect.

Again, this rumor is very light on the details, but it doesn’t include Robert Downey Jr. coming back into the fold anytime soon as the character. And why would he? Tony Stark met a heroic and tragic end in the final moments of Avengers: Endgame snapping Thanos and his crew out of existence and finally righting the universe, at least for the time being. It was a complete circle for the character who began things as an egotistical and rich weapons dude when Iron Man first came out. But we saw a transformation of the character over time, having been dealt emotional and physical blows along the way. That he ended the Thanos threat but lost his life in the process was a true comic book story.

How these new Iron Man variants take shape in the context of the Marvel Cinematic Universe is anyone’s guess. We are about to enter a set of stories that will really bend time and space, resetting all notions of what we have had up until this point in terms of character continuity. There are ways for it to go off the rails of course, and we might even see Robert Downey Jr. return at some point. It is hard to imagine some of these legacy Marvel characters sitting things out for too long. It just doesn’t seem like they would really be gone forever.

As for Robert Downey Jr., his next movie is definitely a step away from the comic book scene. He is going to star in HBO’s The Sympathizer. Based on the Pulitzer Prize-winning novel of the same name, the story will explore the late days of the Vietnam War with RDJ playing a spy sent in for the transition of US troops out of the country. It looks like a much headier project than what he was doing in the MCU. And whether he ever returns as Iron Man remains to be seen. We might have others in the suit well before then. 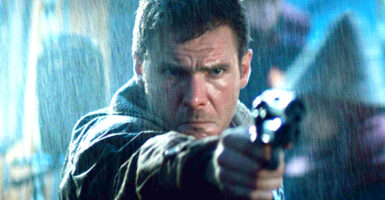