English director and producer Ridley Scott has shared his dislike for superhero movies, saying they’re boring and no good. The 83-year-old Oscar-nominee, who has two movies out this year–The Last Duel and House of Gucci–got rather candid about why he thinks the current slate of blockbuster superhero movies are mediocre at best. Ridley Scott made the comments in a recent interview with Deadline while promoting House of Gucci.

“Almost always, the best films are driven by the characters. And we’ll come to superheroes after this if you want because I’ll crush it. I’ll f***ing crush it,” Ridley Scott told the publication. “They’re f***ing boring as sh**. Their scripts are not any f***ing good.”

The director’s thoughts about the superhero genre echo the sentiments of other directors. Ridley Scott went on to distinguish his movies from Marvel and DC’s offerings, saying that his films are motivated by the action of the characters. “I think I’ve done three great scripted superhero movies. One would be Alien with Sigourney Weaver. One would be f***ing Gladiator and one would be Harrison Ford. They’re superhero movies.”

Continuing his scathing rant, Ridley Scott said that superhero movies have poor stories because the films are mostly about visual effects. “So, why don’t the superhero movies have better stories?” he asked in retrospect. “Sorry. I got off the rail, but I mean, c’mon. They’re mostly saved by special effects, and that’s becoming boring for everyone who works with special effects if you’ve got the money.”

As mentioned previously, Ridley Scott isn’t the first acclaimed director to malign today’s superhero movies. In a 2019 interview with Empire, Martin Scorsese said superhero films are not cinema and compared them to theme park rides. The famed director explained his opinion further in an opinion piece for The New York Times. He said that he grew up in a different time when franchises didn’t dominate movie theaters and filmmakers took more risks.

Interestingly, James Gunn, who directed Guardians of the Galaxy and The Suicide Squad movies, came to the defense of the genre on the Happy Sad Confused podcast earlier this year. He said it’s awful cynical that some directors keep trashing Marvel and DC movies. He also suggested that it may be the only thing that would get them press for films.

While his comments were supportive of superhero films, James Gunn has expressed concern about the future of the genre. Earlier this year, he said they need to change to remain relevant. Unimpressed with the current line-up of comic book adaptations, he called the latest batch of superhero movies “really dumb” and “mostly boring for me, right now”. Gunn also compared the genre’s trajectory to Westerns and war films that once dominated the big screen, hoping they can avoid the same fate.

Meanwhile, Ridley Scott is currently doing a virtual promotional tour for House of Gucci. The biographical crime drama is based on the 2001 book The House of Gucci: A Sensational Story of Murder, Madness, Glamour, and Greed by Sara Gay Forden. The film stars Lady Gaga, Adam Driver, Jared Leto, Jeremy Irons, Salma Hayek, and Al Pacino.

Directed by Ridley Scott, the story follows the ambitious Patrizia as she romances Maurizio Gucci and marries her way into the dynastic Italian luxury label. The family business holds little allure for bookish Maurizio, and the real power is held by his father Rodolfo and uncle Aldo. If an outsider like Patrizia wants to be a true force at Gucci, she’ll have to pit the rest of the family against each other. Eventually, even Patrizia and Maurizio find themselves at odds, and her rage at him soon turns murderous. Lady Gaga recently praised Ridley Scott, saying she’s never had a better experience working with a director.

Ridley Scott’s House of Gucci had its world premiere at the Odeon Luxe Leicester Square in London on November 9th. The film will be released worldwide on November 24th. 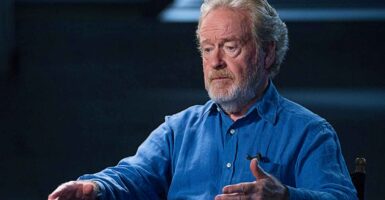 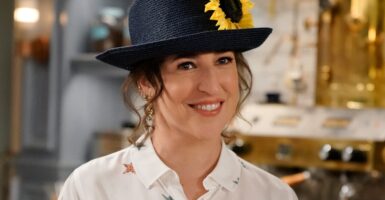 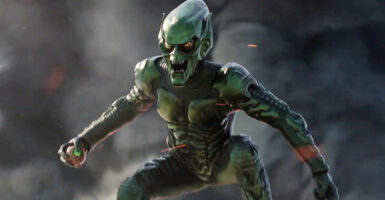