Revenge Of The Nerds Reboot Coming From Seth MacFarlane

Seth MacFarlane will be producing a brand new reboot of the 1984 cult comedy hit Revenge of the Nerds. Variety revealed the news and also that twin brothers Keith and Kenny Lucas will write and star in the reboot. As of now, no director has been announced.

Will Seth MacFarlane end up in the director’s chair? The Family Guy creator already has a few feature films under his directing belt: Ted and its sequel Ted 2, as well as the much-maligned cowboy comedy A Million Ways to Die in the West. Not to mention his directing job on a few episodes of his television series The Orville. If he does end up behind the wheel of this Revenge of the Nerds reboot, it would likely be the highest-profile directing gig he has ever had.

However, there are some caveats to Seth MacFarlane’s new version of Revenge of the Nerds. For starters, the report from Variety says that this will not be a remake of the 1984 film. Instead, this will be a modern look at nerd culture and what even constitutes being a geek in the 21st century. That has always been one of the issues with bringing Revenge of the Nerds back: what do they have to get revenge for? Geek culture has now been thoroughly integrated into the mainstream. How does a nerd get revenge in today’s pop culture climate?

Not to mention that Seth MacFarlane will probably be nixing a lot of the objectionable content that the original film has become notorious for. Scenes that could constitute a form of rape, as well as some pretty awful stereotypical depictions, have become the major talking points regarding the original film. It will be interesting to see if this reboot decides to acknowledge some of those issues or ignores them entirely in favor of doing its own thing.

Seth MacFarlane is probably one of the few powerhouse producers that could get a new version of Revenge of the Nerds off the ground. There was actually a remake being produced back in 2006 with Adam Brody, Dan Byrd, and Kristin Cavallari, but production shut down after two weeks and never recovered. Considering that there have managed to be three sequels to the original Revenge of the Nerds, it seems like there is still some desire to see the franchise make a comeback.

Exactly what kind of presence Seth MacFarlane will have on this new reboot remains to be seen. It will interesting to see how much fervor is actually generated around the idea of a new take on Revenge of the Nerds. The original film still maintains a cult following, but it is hard to say whether or not modern audiences are intrigued at seeing something called Revenge of the Nerds. Hopefully, this reboot will be able to offer up a story and characters that justifies its existence as a reboot and as its own piece of art.

There is no set release for this Revenge of the Nerds reboot yet. We will simply have to wait and see how far along it gets into development and who ends up sitting in the director’s chair. That will give us a much better idea of what to expect when this finally hits our screens. 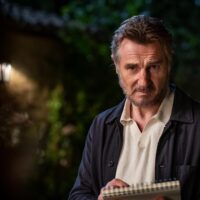