Quentin Tarantino has made a household name for himself as the successful pastiche director that pulls from numerous film genres, crafting his own unique style of filmmaking. Drawing from crime flicks, French new wave, Hong Kong action pictures, and Italian Westerns, the Oscar-winning auteur might not have a large history in the horror genre, but that doesn’t mean the cinematic mastermind isn’t well versed in the category. Heck, he’s even taken inspiration from the film genre. Recently, Tarantino sat down with Stephen Colbert to divulge details on the only horror flick that ever scared him. See the clip for yourself below.

The 58-year-old movie master appeared on The Late Show this week to promote the novel adaptation of his 2019 hit Once Upon a Time in Hollywood. When Colbert decided to bring up another popular novel, The Thing, Quentin Tarantino revealed that the classic ‘80’s horror film was the only film to ever genuinely scare him. This inevitably drew Tarantino to examine, break apart, and eventually draw influence into his own films, stating “I just really connected to it. This crazy suspense leads to terror to a place suspense rarely ever gets to…The paranoia amongst the characters was so strong, trapped in that enclosure for so long, that it just bounced off all the walls until it had nowhere to go but out into the audience. ”

Before it was adapted into a film by John Carpenter, The Thing started as a novella penned Who Goes There? from Don A Stuart in 1938. But it wasn’t until the godfather of horror adapted the story for the big screen in 1982 that the popularity for the science fiction horror film would take off. The story follows a group of American researchers in Antarctica who encounter the eponymous “Thing”, a parasitic extraterrestrial life form that assimilates the crewmembers. The Thing was already a cult classic amongst horror films, but Quentin Tarantino reminded us just why the film still holds up today amongst the ranks of thrillers.

While some people may look to slashers, gore, or jump scares as the epitome of scary movies, it seems psychological horrors attract Quentin Tarantino the most. Tarantino drew heavily from the paranoia and isolation from The Thing when making both Reservoir Dogs and The Hateful Eight. “When I started writing Reservoir Dogs, I needed to have that aspect that’s in The Thing,” Quentin Tarantino shares. “I needed to trap these bastards in the warehouse, and no one can trust anyone else. I wanted the paranoia of what’s going on in that warehouse to bounce against the walls. And hopefully, like in The Thing, it will go out into the audience.” Likewise, The Hateful Eight charts the story of eight men held up in a stagecoach stopover from a snowstorm as paranoia sets in and they try to figure out who is double-crossing who. The Hateful Eight even includes an unused score composed by The Thing’s Ennio Morricone.

Quentin Tarantino has dived into the horror realm of filmmaking before. Although the film guru is known for his love of all things horror, his debut into the genre with 2007’s Death Proof proved to be a low point for the director, as the movie was a credited flop, even by Tarantino himself. However, the eccentric movie maker has often flirted at the idea of making his last film another horror story. Tarantino hasn’t been shy about touting that he will end his legacy after his tenth film. And when speaking to an international press outlet in 2019, he stated “If I come up with a terrific horror film story, I will do that as my tenth movie. I love horror movies. I would love to do a horror film.”

So with his latest film being the ninth in his career, the question remains: Will we get a John Carpenter-inspired film to not only compensate for Death Proof’s shortcomings but to end the iconic movie maker’s career with an immense psychological thriller that will rival all its predecessors? Time will tell on that end. 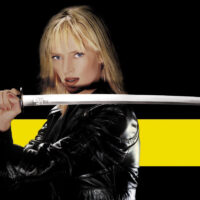